The new Premier League season started last week. It has gained popularity globally over the years. The soccer tournament has millions of fans from different countries. However, most of them cannot attend EPL games. They live stream Premier League games. Many soccer fans wager on various Premier League teams in Betway. Here are six ways in which you can live stream any EPL match. 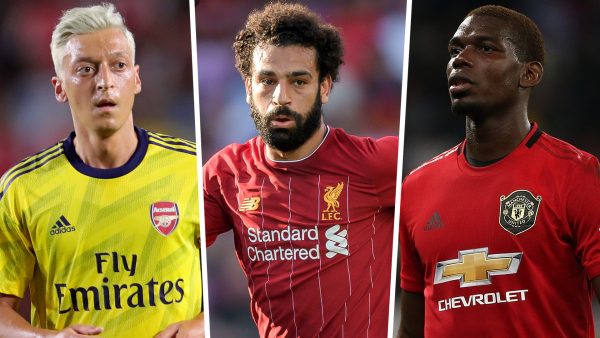 The Premier League signed a three year-contract with Optus Sports. It will help Australian Premier League fans to watch live matches. You can use Optus Sports on your phone, Apple TV, and Chromecast. Optus offers monthly subscriptions to soccer fans who haven’t signed up in its telecommunications network. You can access it o App Store and Google Play.

Spark Sport has exclusive rights to show all Premier League games. It offers a one-month trial to new web users after which you are required to pay a monthly subscription. The sports streaming service is available on PCs, Android phones and Plus Apple. You can watch live matches on certain Samsung TVs and Chromecast. Football fans who live outside New Zealand can use genuine VPNs to access Spark Sport.

Indian football fans can subscribe to Star Sports to watch different Premier League games. It offers Star Sports Select 1 and 2 channels which will air all matches. It is advisable to use the Hotspar app to live stream Star Sports on your phone. It is available online, in Apple TV and Android phones.

Premier League fans can take part in live online football betting with Betway outside the UK. The tournament is normally geo-blocked when you stream it online. However, you can use a VPN to hide your IP address. Some of the top VPNs include:

Football fans from nay country can easily access all Premier League games. However, certain matches are normally broadcasted live in the UK.BT Sport has exclusive rights to air most EPL matches. It is ideal for British soccer fans. The live streaming service recently launched a new BT Sport Ultimate channel which airs matches in HDR. Visit the BTSport website to watch matches on your PC and Android phone.

DAZN is a new sports streaming service in Canada. It has more Premier League rights compared to TSN and SportsNet.DAZN broadcasts all EPL matches. It provides a one-month trial to new subscribers. You can choose an annual or monthly subscription. DAZN is available for Android TV, phones and Amazon Fire TV.

Most Premier League fans live stream games on their phones and tablets. Bookmakers such as Betway offer the latest team news and match updates. You can connect a streaming box to your TV. Alternatively, you can use streaming media players such as Amazon Fire and Apple TV to watch Premier League games. Some soccer apps are inaccessible in certain countries. It is important to use a VPN to hide your IP address