The City of New York, United States of America, played host to the first in 3 locations of the Interswitch One Africa Music Festival which held on Saturday, August 10, 2019.

This edition which held in Ford Amphitheatre at Coney Island in Brooklyn, demonstrated the African vibe with good music, energetic performances and an electrifying crowd which consisted largely of Africans based in New York and many other parts of the United States. 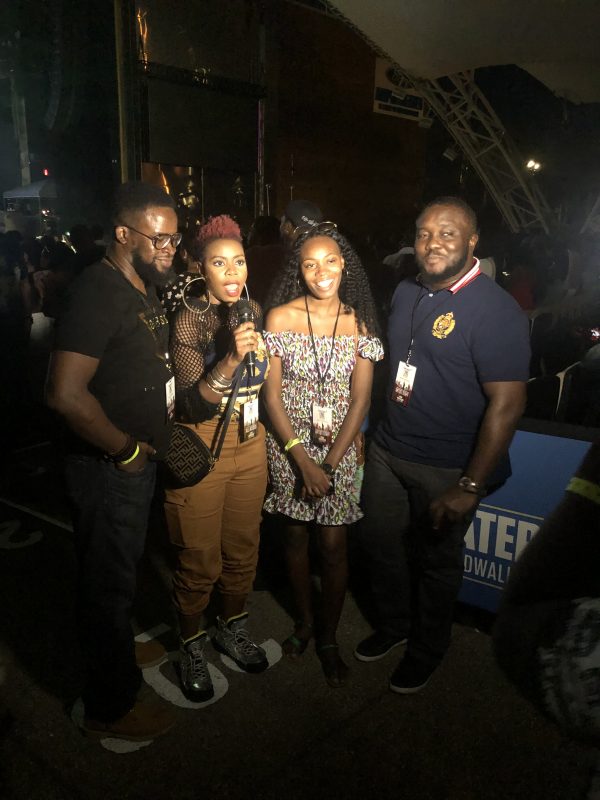 The event featured rave performances from A-list artisteslike Burna Boy, Teni the Entertainer and Tekno (all Nigerians of course), as well as Eddy Kenzo from Uganda. All of which kept the crowd on their feet on through the night.

There was also an appearance by Haitian-born Grammy Award winner, Wyclef Jean which left the surprised crowd yearning for more.

Weeks before the event, Quickteller organized a surprise draw to select winners to enjoy an all-expense paid trip to the New York edition of the Interswitch One Africa Music Festival.

The three winners had memorable experiences right from the point when they announced their selection, through their several activities in New York until they returned toNigeria.

Owosegun Shonowo, a freelancer in the Advertising industry, applied for the draw via Instagram and wassurprised he won. Titilope Adedokun, a Law student from the University of Lagos applied after receiving a message from her sister and still cannot believe that she won

David Eze, a Marketing Communications professional as well as event manager recalls the excellent management of the event and looks forward to managing such in the near future.

You too can have this experience by registering on www.quickteller.com, use it, and remember that on Quickteller, everything is possible.