Popular social media critic, Reno Omokri, has given reasons he thinks real Christians should not attend, partake or organize a Christian Wake Keep.

The former spokesman of ex-President Goodluck Jonathan stated that Wake keep is not biblical, ‘Christ was buried the same day he died.’

Recall that the former presidential aide stated that Jesus Christ is not God and that he believes in Yeshua not Jesus, pointing out that it is an European creation.

In the same line Omokri tweeted:

“Before you hold, attend, or participate in a ‘Christian Wake Keep’, Read The Scriptures. You won’t find anything like that in them. It‘s a European custom. It‘s not Christian. Christ died, was buried the same day and rose. That’s the Christian model.

The popular social media crusader had earlier tweeted that there is nothing like a Christian burial in the way it is currently being practiced.

Read The Scriptures. Christ was buried the SAME DAY He died. Are your parents more Christian than Christ? So how come you put them in mortuaries for days/weeks/months so you can gather big crowds and spend millions on a so-called ‘Christian’ burial? #FreeLeahSharibu #RenosNuggets” 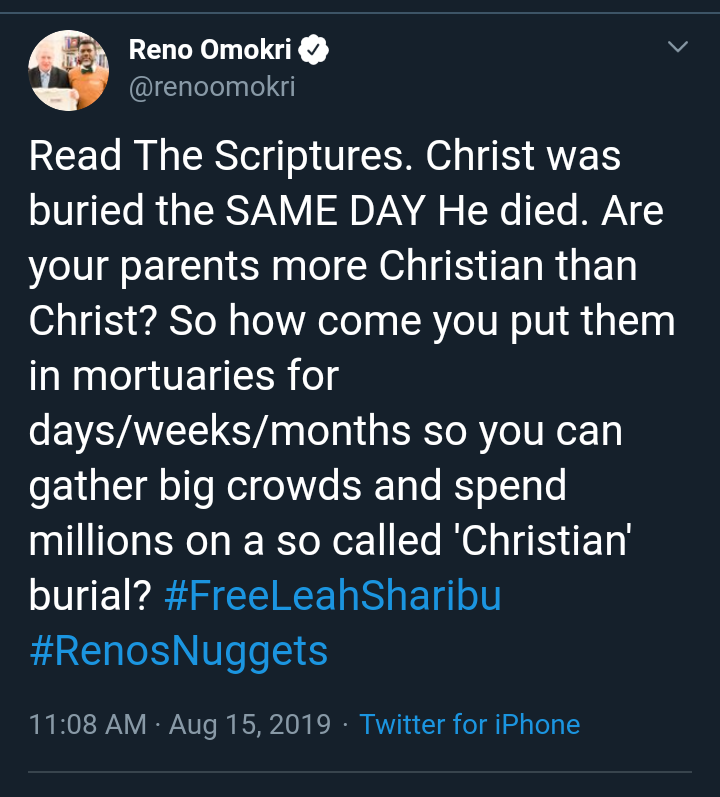