Rotimi Amaechi, the former governor of Rivers state, has been conferred with the highest rank in the Catholic Church under the Order of the Knights of St. John.

He was conferred with the exemplification honour of the Knights of St. John from Grand Master, Nigerian Temple Noble and Exalted Knights of the Holy Cross Knight of St. John International, at the Pope John Paul II Catholic Centre in Abuja for his humanity service to the church which spans over 20 years.

Monsignor Kenneth Enang, the cleric in charge of the Pope John II Catholic Centre, who conferred him with the honour, went on to pray to God to bless the Rivers state born politician and his good works.

His words:
“We want to thank you, Knights, of St John’s, all the other knights, college of knights, for the work you are doing for the church, for the support we get from the knights in many areas not only the financial support but also the moral support.

“The Knights of St. Colombo’s built the seminary we have now at Kuje when Cardinal Ekandem was alive and many of the knights have built churches and handed over to the church.

“We ask God to bless you and your good works and let your labours not be in vain,” 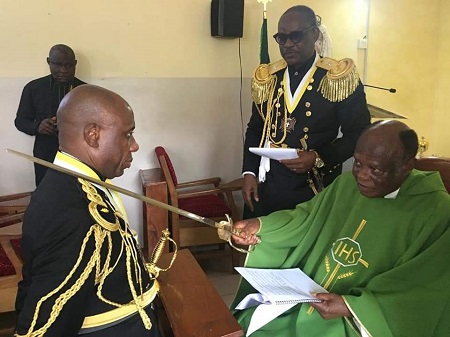 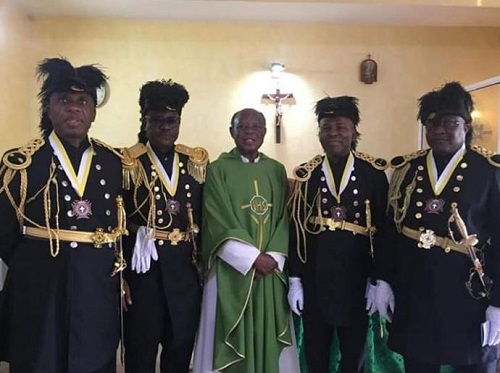