President Donald Trump has cheered the decision of a Swedish court to let A$AP Rocky go free until a verdict in his assault case is reached. 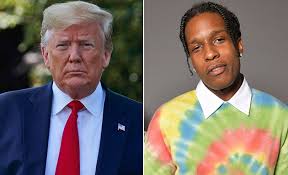 US rapper A$AP Rocky and two members of his entourage on Friday were freed from jail in Sweden, where they had been held since early July after being charged with assault.

The three men are still awaiting the judges’ verdict but were allowed to return to the US while deliberations take place. The verdict is expected on August 14.

The 30-year-old rapper, whose real name is Rakim Mayers, was accused of beating 19-year-old Mustafa Jafari on June 30 outside a fast-food restaurant in central Stockholm.

The case gained notoriety after President Donald Trump publicly lobbied Sweden’s government to release the rapper, though Sweden rebuked Trump by saying they could not interfere with the country’s justice system.

Trump celebrated the release with a tweet on Friday, saying he hoped the rapper was “on his way to the United States from Sweden.” 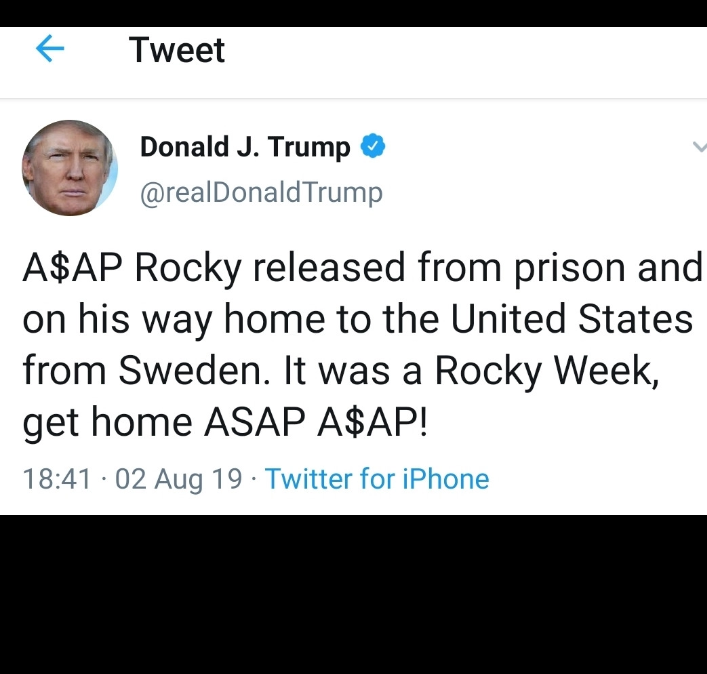