Nigerian superstar, Davido has been cut up with yet another mess as his baby mama, Sophia Momodu stylishly calls him out for not doing his fatherly roles. 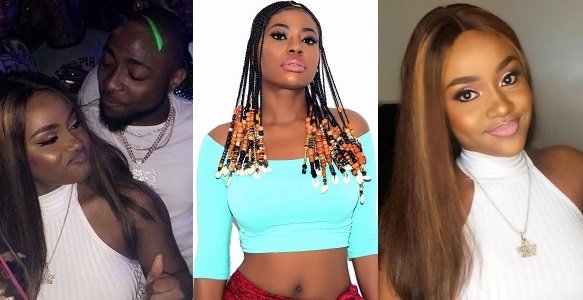 In a post, she shared on her Insta story, Sophia spark up a rumor that ace musician, Davido is not doing his fatherly roles, she said

Sometimes I wish I could just be a father and mother all by myself,

God pls me, bless the works of my hands, prosper my business so I cab take care of my daughter in peace. 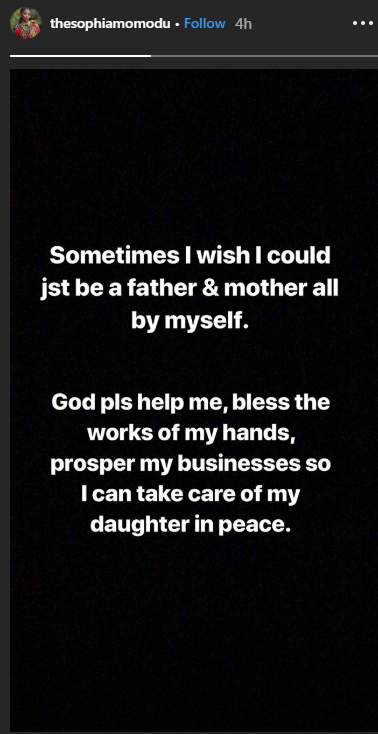 Davido also threw shades at hates but not directing it to anyone specific on his Instagram story tagging his girlfriend Chioma,

If u got BALL SEND IT URSELF @thechefchi don’t mind dem! BALL 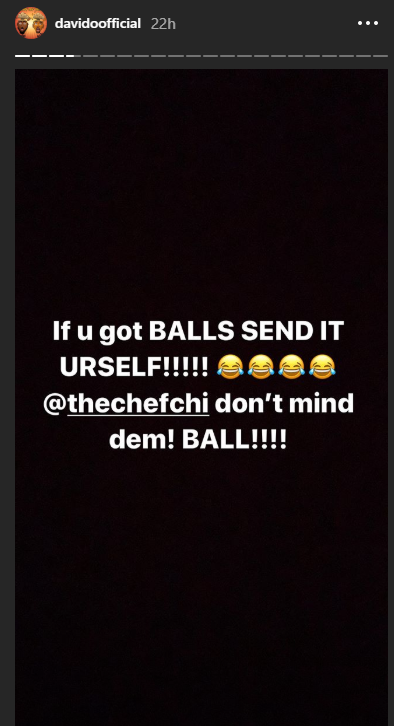 However, there have been rumors that Chioma is pregnant for Davido, while some are arguing against it, the young lady, as not given any statement concerning this.

Davido’s girlfriend, Chioma, reposted Davido’s Insta story with a reply as she came out angry and tough

Nobody tougher than a hungry ass little witch ( with failed plans) behind a fake account. 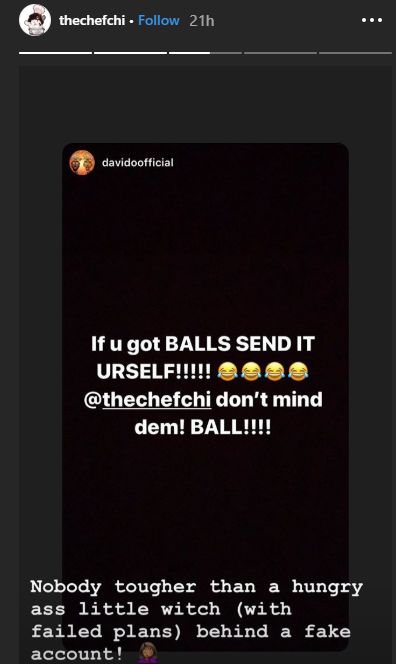