Young Super Eagles striker, Victor Osimhen had a delightful debut for Lille as he scored two goals in the match against Nantes in the French Ligue 1. 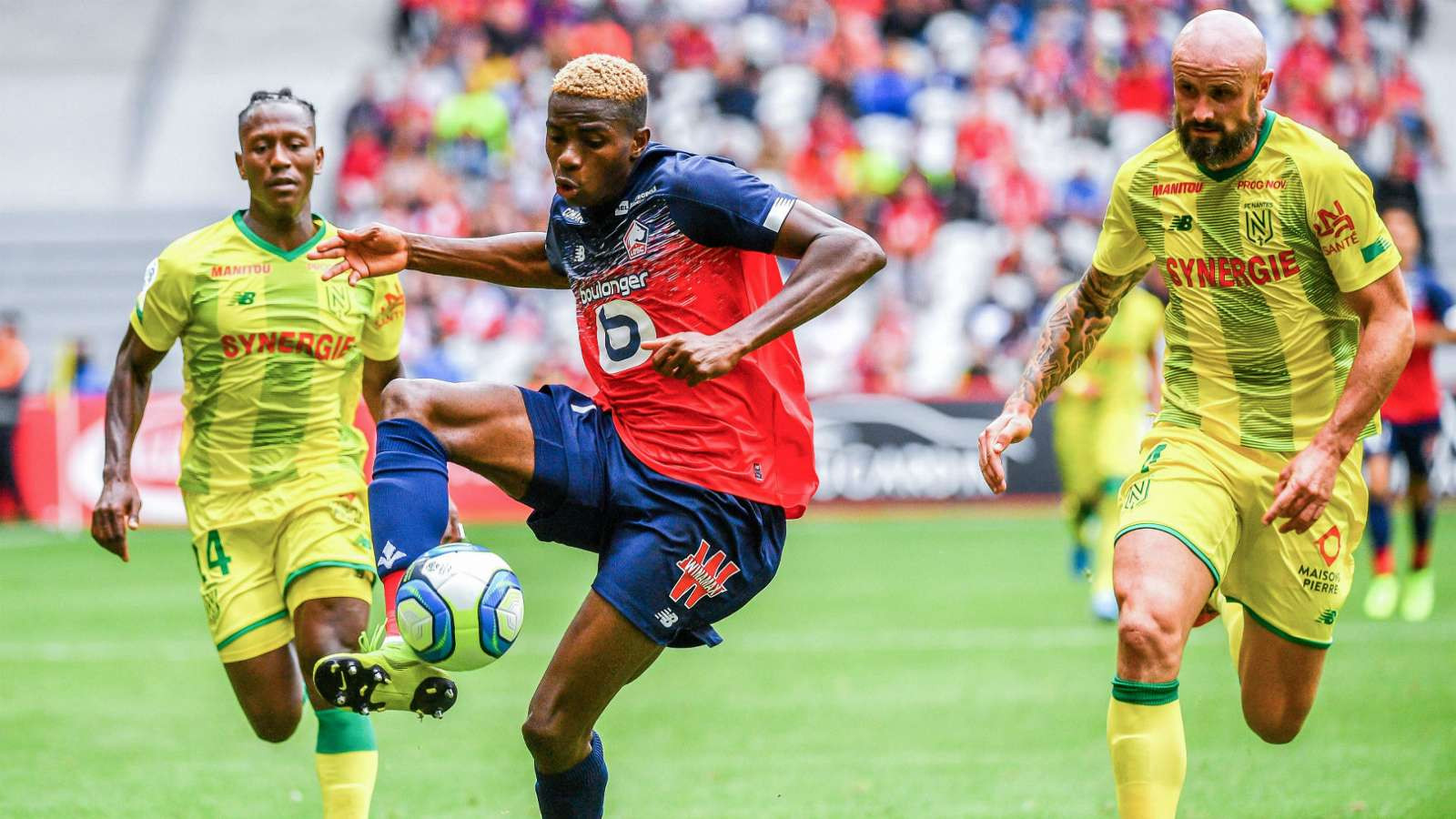 Few weeks ago, the Nigerian forward signed for Lille from Sporting Chaleroi of Belgium for €12m and his two goals on his debut gave his new team the much needed win.

Lille started reaping from his move in the 19th minute of his debut. He also converted a Celik through-ball with 10 minutes left to play.

Victor Osimhen became the second Nigerian to score on Ligue 1 debut after Austin Jay-Jay Okocha in 1998 for PSG.

Here are videos of his goals below;