Nigerian singer, Augustine Kelechi, also known as Tekno has reacted to the controversial video in which he was seen with strippers dancing seductively in a see-through truck that caused a stir in Lagos.

The viral video showing the singer publicly dancing with four strippers, spraying them with money and spanking their buttocks.

The father of one, who risks going to jail for his action, has taken to his Instagram page to apologize to the general public who got offended by the video.

Tekno further explained that he was shooting a music video and when some vehicles broke down, he had to move some people into the truck to the next location. 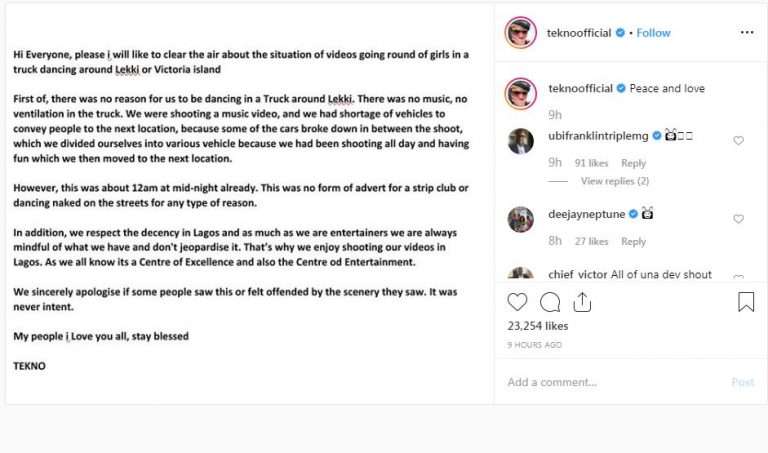