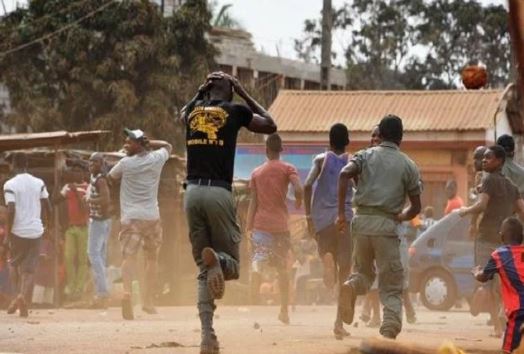 Residents of  Agbala, Owerri North Local Government Area of Imo State, were on Tuesday thrown into a state of fright after a fight broke out among herdsmen over missing cows.

According to report, two of the herdsmen were fatally injured and rushed to the emergency unit of the Federal Medical Centre in Owerri by villagers.

A villager who spoke on the incident said that the situation would have escalated into an attack on the village, had other herdsmen not witnessed the fight.

The villager said: “What happened was that a herdsman went into the bush and stabbed his kinsman who was asleep. He left with his victim’s cows after he thought he was dead.

“But, another herdsman, who was also in the bush, alerted others who came to the forest and overpowered the culprit after stabbing him severally and thereafter recovered the stolen cows.

Read: 37 Confirmed Dead As Farmers And Herdsmen Clash In Chad

“It was villagers who alerted the police. The man was rescued and the two were rushed to the emergency unit of FMC, Owerri.”

The incident emanated into serious gridlock on the Owerri-Aba Road, the villager noted that it would be a miracle if the fatally injured men pull through.

The incident was confirmed by police spokesman Orlando Ikeokwu, adding that the police rushed the injured herdsmen to the hospital after they received a distress call from villagers. He noted also that the injured were responding to treatment.