Popular Nigerian barbie, Bobrisky has reacted to reports that Governor of Rivers, Nyesom Wike has offered to reward anyone with useful information on a serial criminal with his stage name in Rivers State.

According to reports, the criminal is responsible for the death of a Director in Rivers State.

Also Read: Governor Wike Promises N30m Reward For Anybody With Information That Can Lead To Bobrisky’s Arrest

Reacting to reports, the male barbie, who expressed some few days ago that he is a transgender, appreciated God that he had changed his gender before his namesake committed the crime. 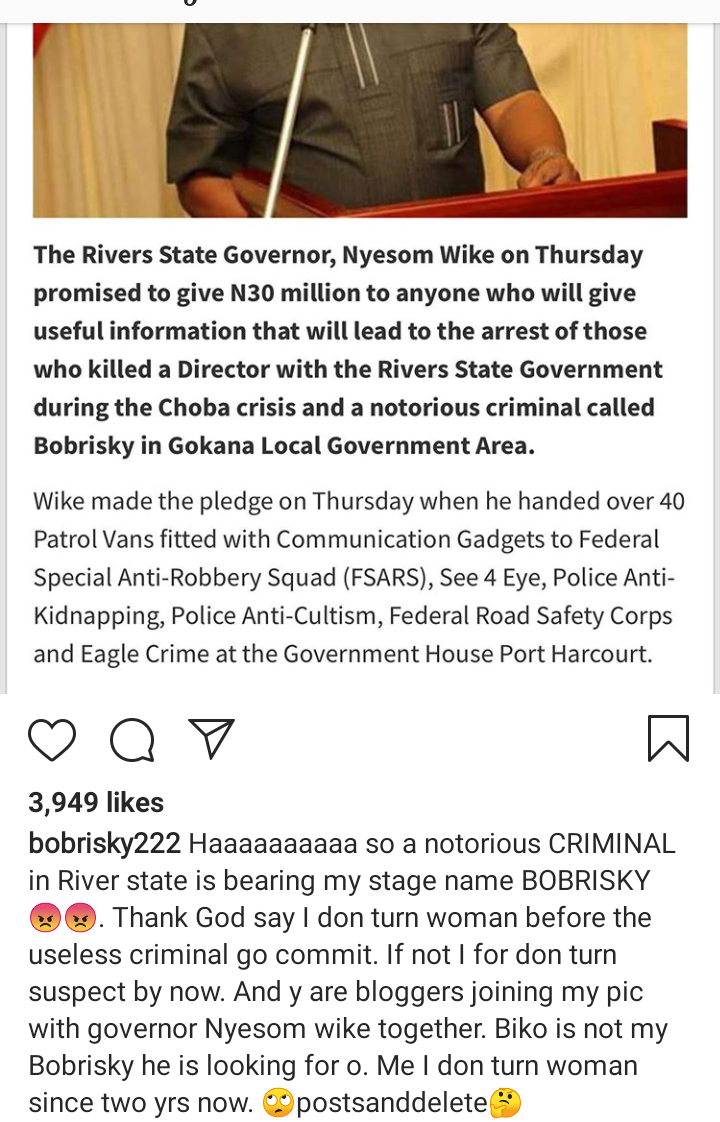