A former Minister of Education and human rights activist, Oby Ezekwesili, has condemned the arrest of the publisher of Sahara Reporters and presidential candidate of the African Action Congress in the February 2019 general election, Omoyele Sowore.

Operatives of the Department of State Services arrested Sowore in the early hours of Saturday at about 1.25 a.m. in his apartment.

Sowore’s arrest is believed to be in connection with the #revolutionnow movement, a movement planning a series of protest against bad governance on August 5.

Speaking via her twitter handle, Oby Ezekwesili, also a presidential candidate of the Allied Congress Party of Nigeria in the same election, had tweeted: 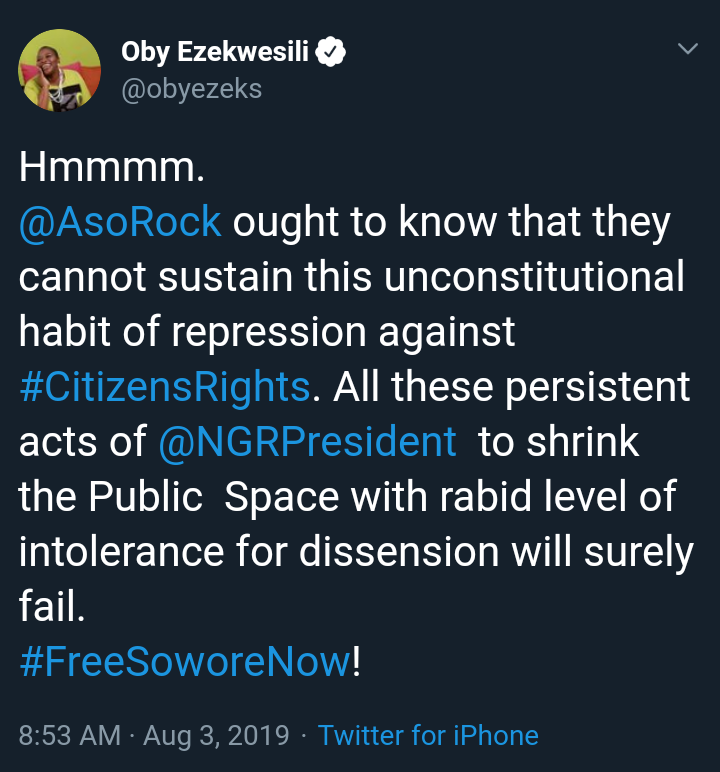