Popular Nollywood actress, Tonto Dikeh as shared a mail from a suspected assassin who was hired to terminate her life on her Instagram page.

According to the mail sent to the actress, the suspected assassin said he was hired to kill her.

However, he (the assassin) will halt the operation if she sends a sum of money in bitcoin.

The suspected assassin also promised to reveal the identity of the person that sent him.

Tonto Dikeh replied his threat on her Instagram page as she shared the mail with the caption;

This assassin talks way too much

but you can be assured of ONE THING, I will get you

I promise you this will be your last mail

will get you and make you pay for stressing reading this shit. 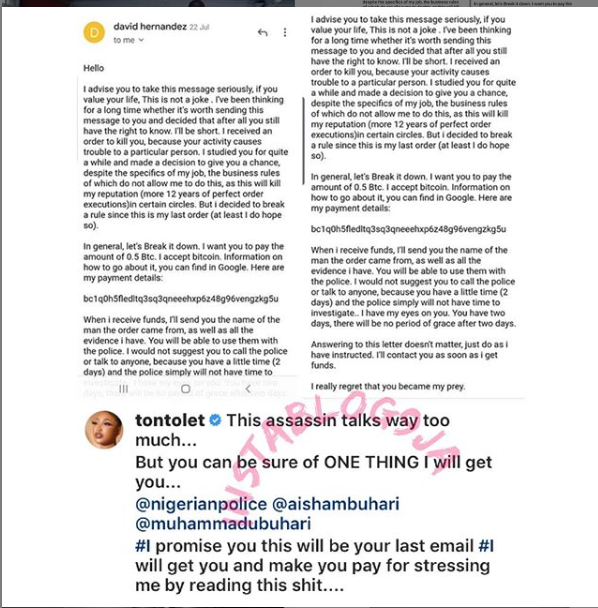