A Whatsapp chat between Nigerian music executive, Ubi Franklin and his alleged fourth baby-mama, Sandra Iheuwa has leaked on the internet.

The music executive is not only good in marketing and promoting music artists but also an expert in picking up and bedding women.

Ubi, penultimate week denied his fourth child from Iheuwa when she put to bed.

The businesswoman has been bashed by Nigerians who have been reacting to the news of the leaked chat.

Most people criticized her for having low self-esteem and seemingly pushing herself on Ubi Franklin.

According to a social media report by an Instagram page @cutie_juls, the leaked chat showed moments the music mogul and the businesswoman were having discussions on her pregnancy and how he allegedly didn’t want to have anything to do with the report.

ALSO READ: “I Wonder Why No One Talks About The Condition Of The Vagina After A Natural Birth” – Korra Obidi

See the chat below: 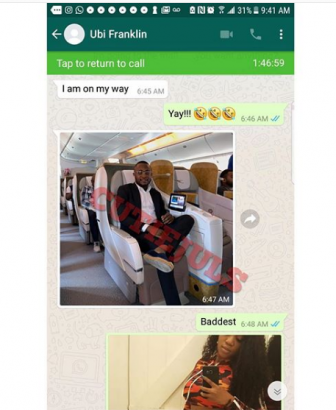 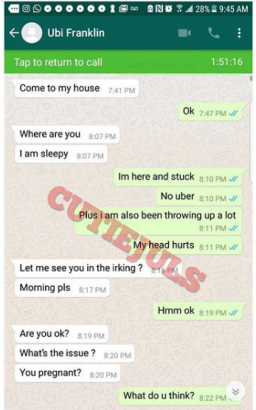 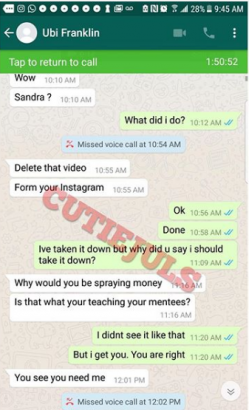 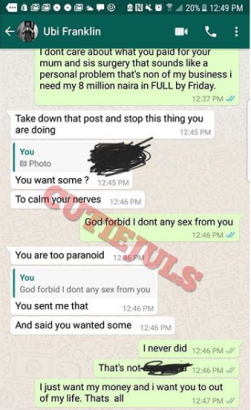 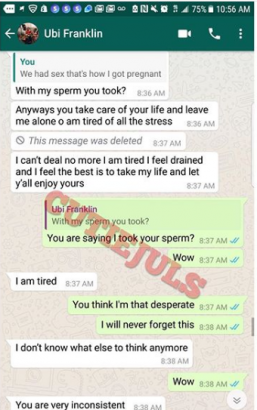 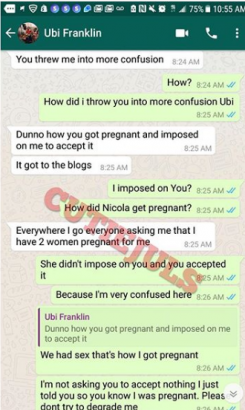