Priscilla, a 300 level student of Ambrose Alli University, Ekpoma, Edo state, nearly lost her life while swimming with her friends during a picnic.

The chilling moment before she was almost drowned was captured on video.

In the video posted by her friend, Benson Ikponmwosa, the lady was seen swimming with her friends at the Olumo beach, also known as the Sabo beach during their Hostel Week.

Priscilla and other students were seen standing around the shallow part of the water before she warm into the deep end.

Although, she tried to raise an alarm by waving her arms to get the attention of her colleagues which proved successful because her colleagues alongside the person filming immediately dropped the camera so the screen is blank but voices can still be heard as her friends screamed and tried to get to her in time.

Fortunately, she able to survive.

Initial reports claim she had passed on and her photo was being circulated with Rest I n Peace, RIP, written on it.

However, a new report has been sent out, stating that she survived.

see the reports and video below: 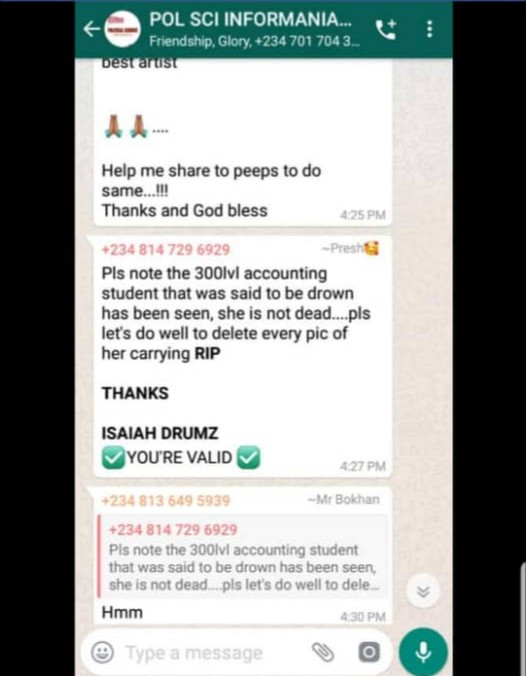 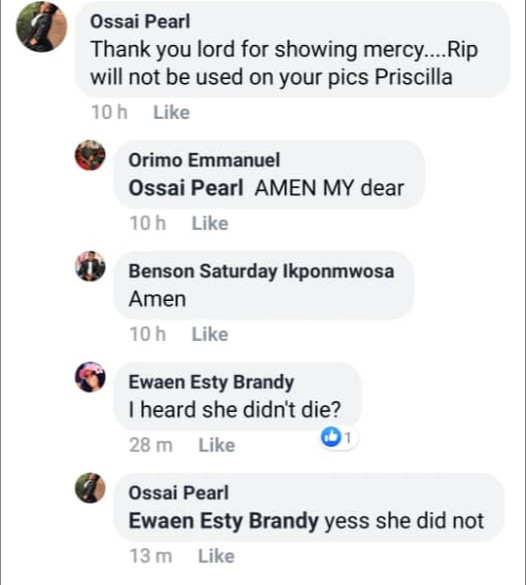