Tacha topped the voting list even though she was disqualified from the Big Brother Naija reality show for exhibiting physical violence against Mercy.

Many have also tagged her eviction as biased and this has caused an uproar on social media.

Sex therapist, Jaruma compensated the female housemate with the sum of 50 million naira  for her loss alongside Bobrisky, who promised to donate 1 million naira.

There were claims that Tacha was being held against her will for refusing to grant interviews and go on media rounds.

However, a video released by the controversial and most hated housemate reveals she is fine.

The reality show host, Ebuka has also reacted to these claims and said Tacha is back to her friends and family,

“To the best of my knowledge, she’s been with her friends and fam”

Cindy left earlier than expected while Ike and Elozonam reached the end of their journey on Sunday.

See the result below: 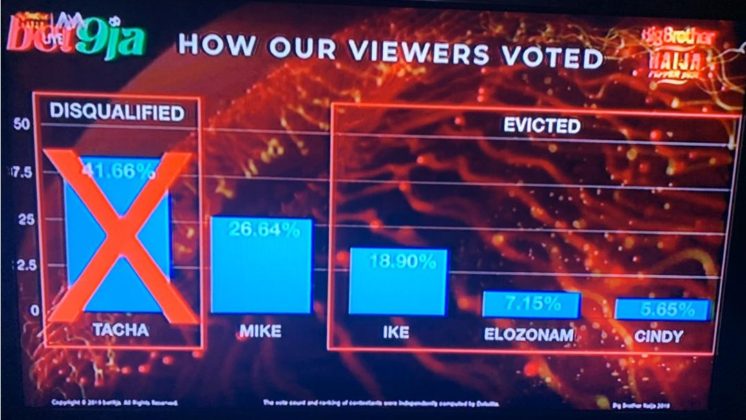