Popular Nigerian singer Davido shared videos via his Instagram stories which show him drinking and smoking weed after promising to quit cigarettes.

The singer, who is in Los Angeles, revealed he was completing his upcoming album, “A Good Time” which will be released in October.

Then the ‘Blow My Crooner’ showed off a pack of Marlboro cigarettes which he promised to quit very soon. 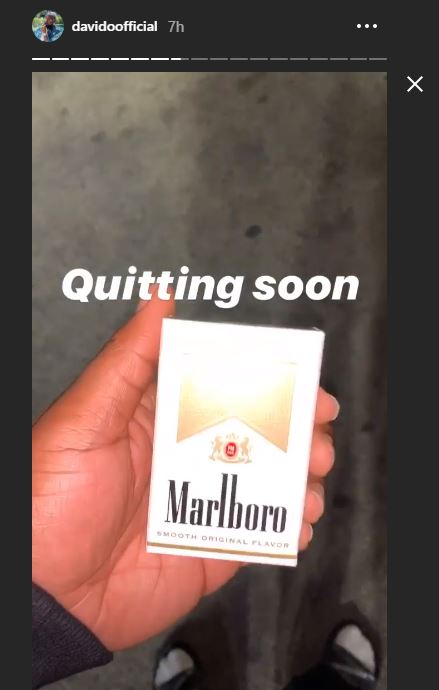 In another video, the soon to be the father of three was seen smoking with a plastic cup of what looks like hot drink in his hand.

The singer also proceeded to warm himself up by doing push-ups in the studio. 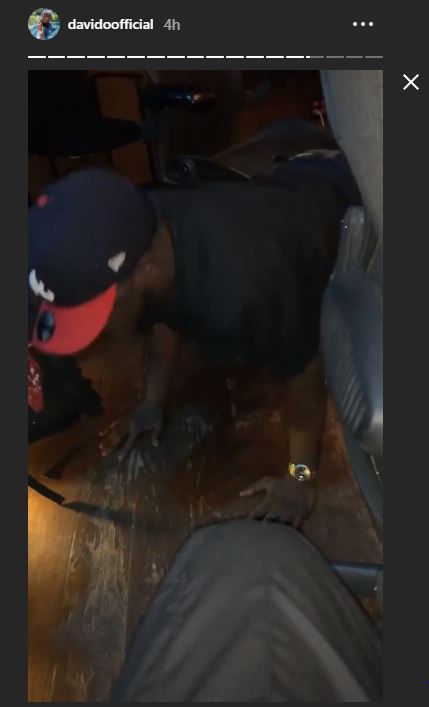