Former Big Brother Naija housemate, Gifty Powers recently shared a headless naked photo of herself when she was 7 months pregnant.

Although, Powers was smart enough to cover her private parts, the picture leaves little to imagination.

The reality star, who got pregnant for popular singer, Mr 2kay, gushed about her body with the words;

Information Nigeria recalls the reality star and the singer were rumored to have dated before Gifty became a part of the BBNaija 2017 edition.

Shortly after the show was over, rumors started flying that she was pregnant and no one knew who was responsible for the pregnancy until Mr 2kay revealed the child belonged to him.

This is also not the first time, she is releasing her nude on the internet. 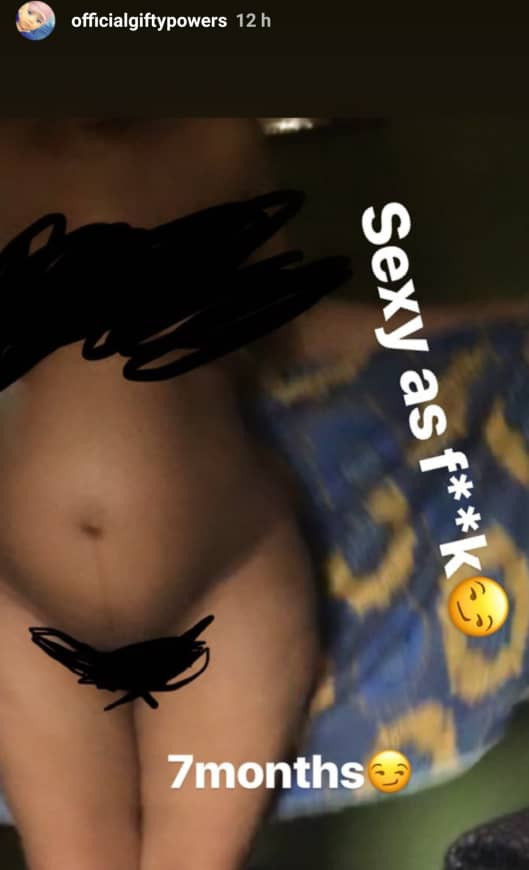