Nigerian rapper Oladips has just revealed that he once thought of ending his own life.

Oladips made this revelation while reacting to the death of rapper Pele Pele who took his own life on Friday in his Ikorodu home.

According to Oladips, who was formerly signed to Reminisce’s LRR label, he thought of jumping off his balcony one night if not for his friends who stopped him.

Recall a few months ago, he announced his exit from LRR with a song dragging his former boss.

See his posts below; 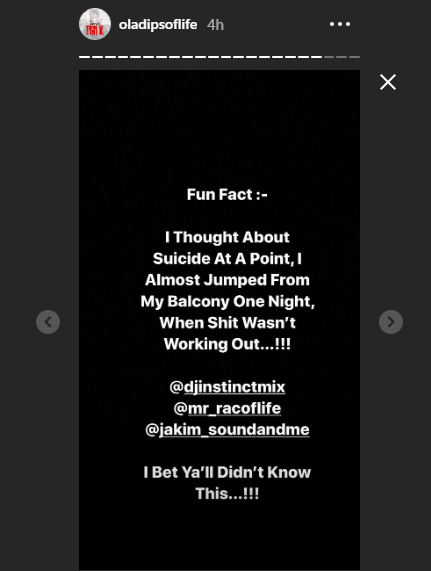 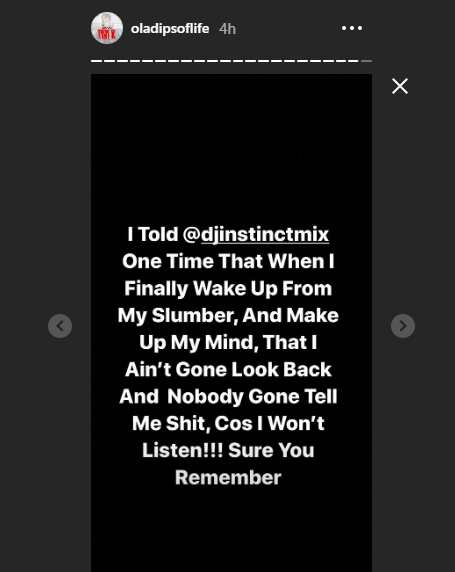