Home Lifestyle Is It Okay For My Girlfriend To Have Her Brother’s Nude Pictures?
Facebook
Twitter
WhatsApp

A man has expressed his worries to popular relationship expert, Joro Olumofin, stating that his girlfriend has nude shots of her biological brother.

In the message, the man revealed that she has four pictures of her brother showing his face and his erected penis and he doesn’t know how she got the pictures.

According to him, they are so close and act like they are in relationship.

The man, however, is confused whether it is acceptable or the two having something going on between them. 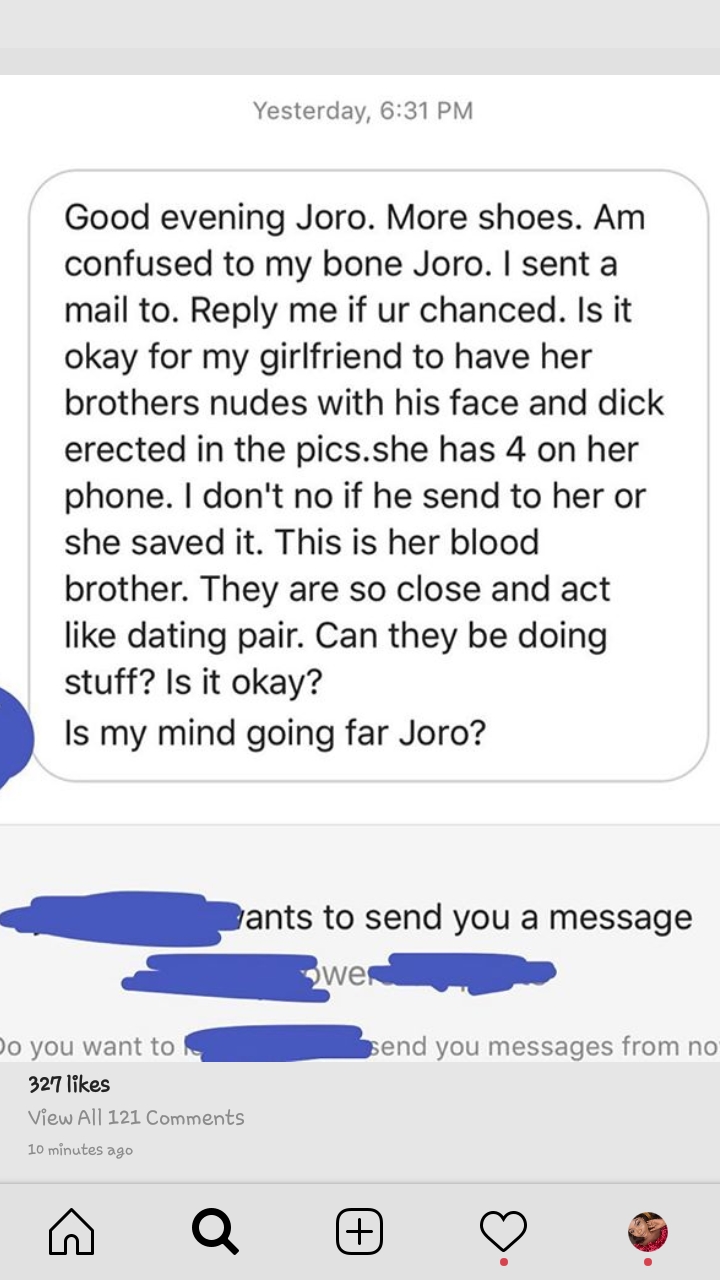