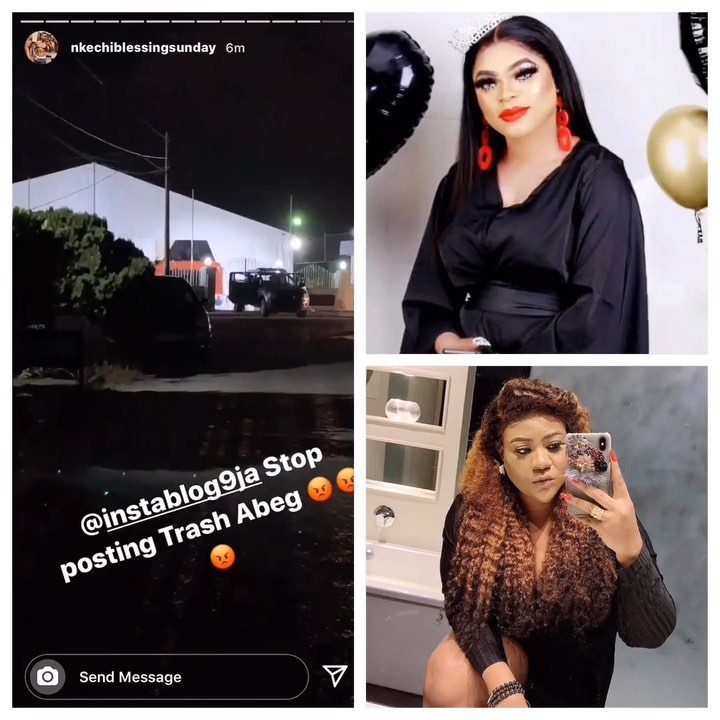 The platform had reported that the controversial male barbie’s birthday bash was called off, stating that interior designers were seen taking down all the decorations.

However, Blessing Nkechi, who was at the venue at the time of the incident, claimed the news was false and everything was still intact.

The actress warned the online news platform to stop conveying fake news to its large number of followers on Instagram.

Blessing also went on her kneels to beg the Nigerian police to beg for the release of the controversial celebrity.