Paul Okoye of the defunct Psquare musical group has announced the launch of his record label named Fire Department Inc.

The talented singer made this known via his Twitter handle on Thursday, 19th September, shortly after hosting Ghanaian self-acclaimed billionaire, Shatta Bandl, at his palatable mansion.

Read Also: Your Are A Big Fool And Not The Nigerian Police: Nollywood Actor Slams Paul Okoye

The singer is sure going to take the entertainment industry by a storm with the move. 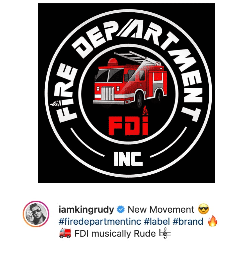