Nigerian-American rapper and singer, Princess Vitarah has shared a topless photo of herself, leaving very little to the imagination.

The singer strategically placed emojis of Nigerian flags to cover her nipples which could still be seen peeping through.

Princess Vitarah, who is known for her hit singles “Nigerian Pussy” and “I Want 20 Inch Dick”, began her career by releasing music through the internet in early 2016.

The controversial rapper was born in the United States of America while she was raised in Nigeria. 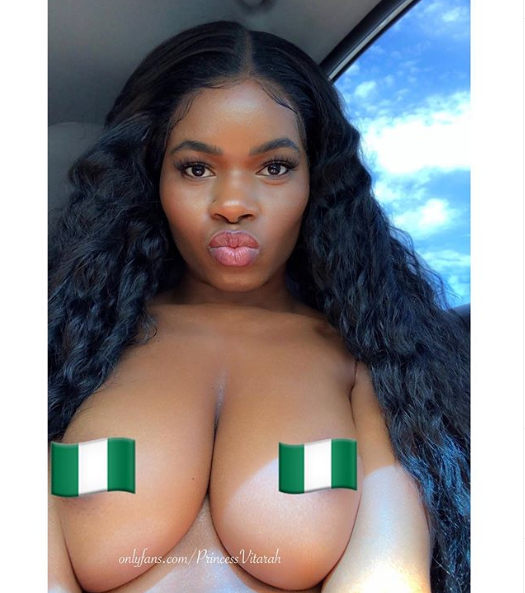