Reports had earlier claimed that the controversial reality star had denied granting them an interview following the embarrassment she faced during her eviction on Friday.

The housemate said she didn’t want to be exploited anymore by the Big Brother Naija Team.

Jaruma shared a post confirming the reports are true while requesting that Tacha be released to her family and loved ones. 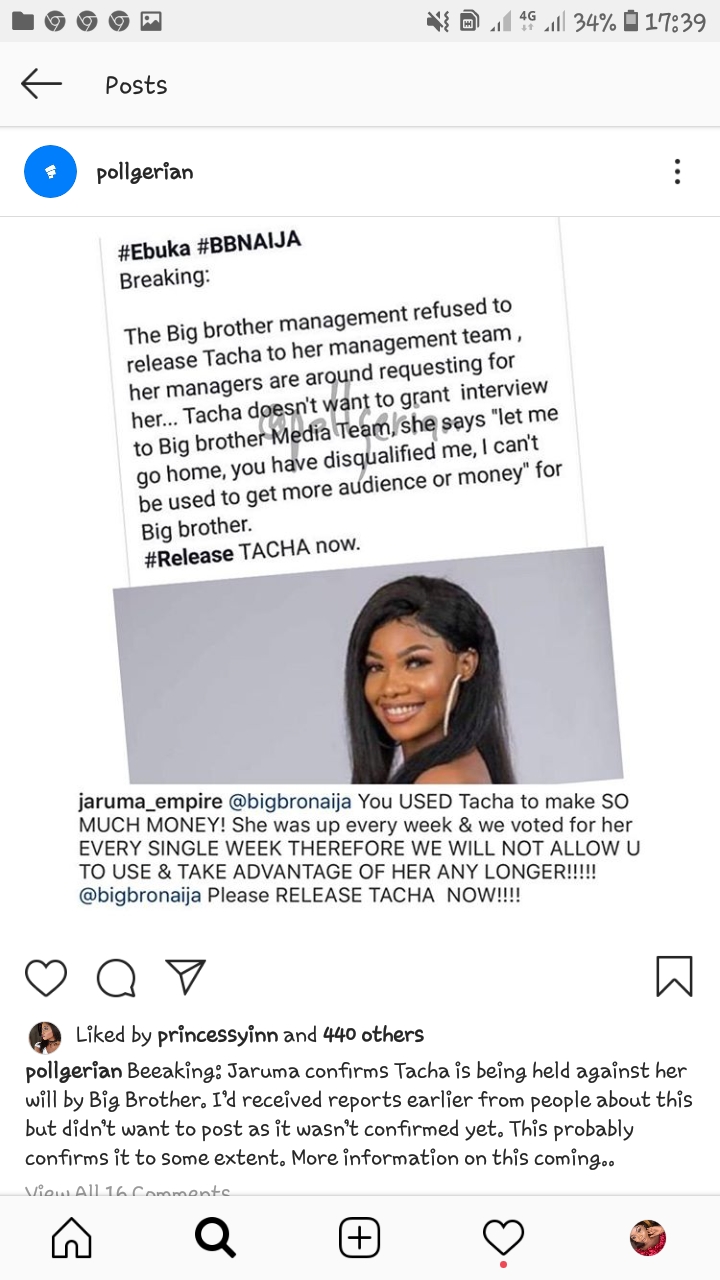