A Nigerian lady has taken to Twitter to reveal how the alleged serial killers on the loose in Port Harcourt, Rivers State capital, operate.

There have been cases of young women being strangled in hotel rooms across the capital for a while now.

Read Also: Another Lady Murdered In A Hotel In Port-Harcourt

In the last few weeks, 10 ladies have been reportedly killed and many are beginning to fear for their lives.

According to the Twitter user who shared the Modus Operandi of the kidnappers,  they lure “vendors”, to the hotel room.

She said such “vendors”, upon arrival at the hotels, are then lured into the room under the guise of the buyer not being able to meet up at the reception. 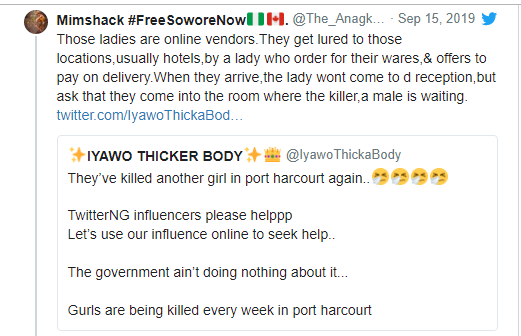 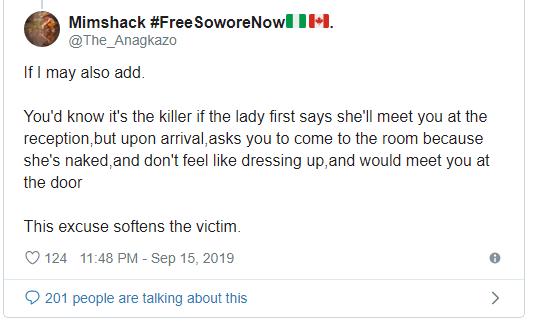