Popular actress, Venita Akpofure has been evicted from the Big Brother Naija house after she accumulated the least number of votes.

The housemate was seen as conniving and deceitful by viewers and even housemates.

Biggie had gone back to the old method of nomination.

At the end of the nomination rounds, Frodd, Venita, Seyi, Elozam, and Omashola were up for possible eviction.

Luckily for Seyi, who had the Veto Power, he replaced himself with Khafi.

Khafi shocked many after she had the highest votes, perhaps her friendship with Tacha is not in vain after all.

Sadly, this is the end of the road for Venita and this makes her the 15th housemate to be evicted alongside Sir Dee, Esther, Jackye, Gedoni, Enkay, Joe, Jeff,  Thelma, Nelson, Tuoyo, Kim-Oprah, Ella, Avala and Isilomo. 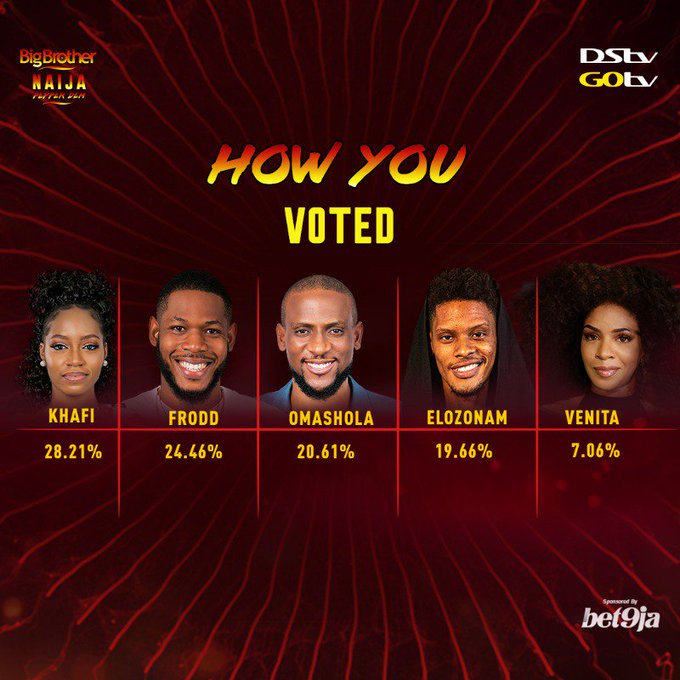