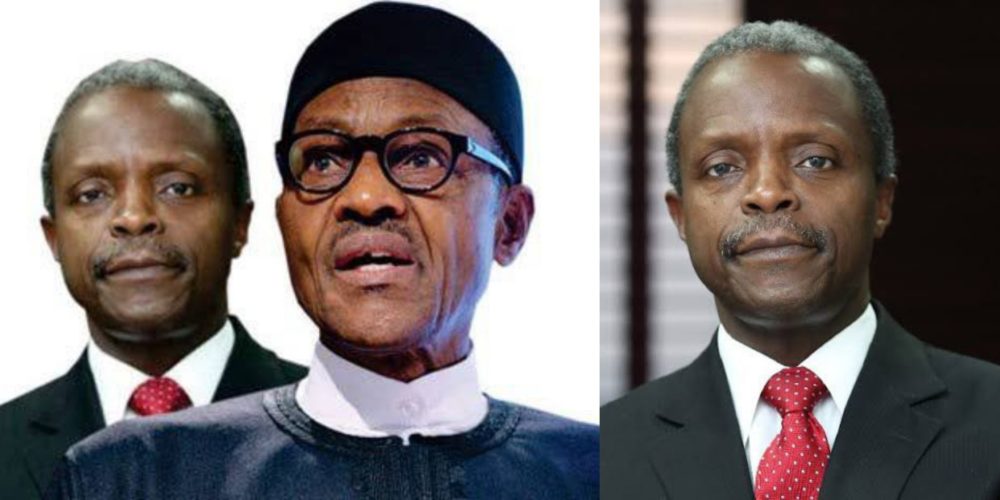 The Nigerian senate has made it known that they have no intention of interfering in the alleged fight between  President Muhammadu Buhari and Yemi Osinbajo.

News surfaced a while back that the president and his vice were having issues after some agencies were removed from the Vice President’s supervision.

The 9th senate’s spokesman, Senator Adedayo Adeyeye, while speaking on the issue, said they won’t be interfering in the alleged fight.

He said: “The Senate is not involved with that and we are not concerned about what happens in the executive (or) things that are happening with the Executive.

“I am speaking for the Senate. I do not speak for the Executive and I do not want to concern myself with the issue of the Vice President or the Executive. It is not our business.

“That is the executive arm of government and we do not interfere. Why do we have to do that?

“It is not our concern, why do you want to drag me into something that does not really concern me and that does not concern the Senate.

“So, we are not bothered about that and we are not concerned. I am not aware if any role constitutionally assigned to the Vice President has been taken away from him. Nothing like that has happened.

“Constitutionally assigned duties remain the same. Get it right, The President has the prerogative to assign duties to all those who work with him in the executive.

“He has the constitutional power to (assign roles to his aides.) He can call the Minister of Works and say ‘okay go to that ministry tomorrow, Finance (Minister) go to labour. The Senate will not inquire into that because that is his duties.

“He can say my Vice President, I give you these additional responsibilities. Where is the power of the Senate to investigate that?

“We do not have power… Of course, that will warrant the intervention of the Senate. That has never happened, and that has not happened.

“I do not think that will happen, even judiciary will have a role to play in that as well, not only the legislature, only where the constitution is seen to have been violated.

“I do not think we have any cause to be discussing that, because that itself has not happened. So we are not bothered about that and we are not concerned. I want to tell you that at this moment we are not investigating it.”