A social media user who claims his neighbour seems not to like him but greets them anyway has shared that after trying to get along with them, he received a book from them which views the game of football as ”Anti-Christ.”

According to a copy of the book which was written by A.A Funmilayo, a self-acclaimed ”woman who served the devil for 990 years,” the game of football is connected with a god which is not the conventional God.

The book added that the god of soccer is a deity in Brazil.

What the user shared: 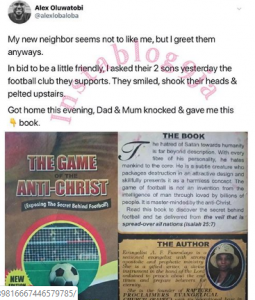 More pages from the book below: 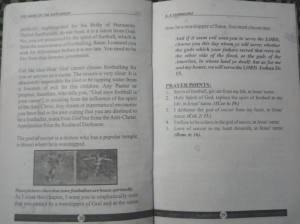 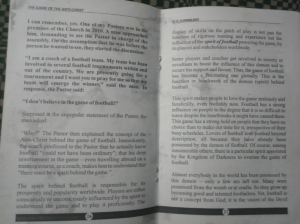 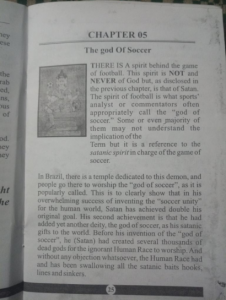 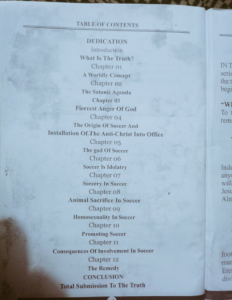