Some Nigerians have started a retaliation attack on South African businesses in the country as a new report has confirmed that an MTN office in Uyo, Akwa Ibom state’s capital, has been vandalized.

This is coming after the recent xenophobic attacks in South Africa which saw lives lost and properties destroyed.

Read Also: Vector, Perruzi Slam AKA Over Comment On Xenophobia In South Africa

The attack on MTN office saw so many properties belonging to the telecommunication company being vandalized.

See photos and videos taken from the scene of the incident below; 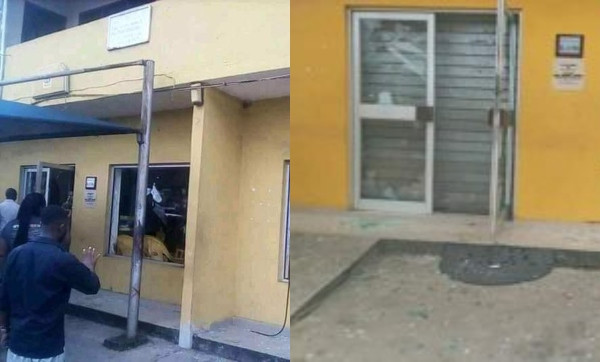