No fewer than three persons have been confirmed dead and two others in critical condition after a truck lost control and rammed into a filling station at Urua Ekpa Junction by Calabar Itu road, Uyo, on Wednesday.

According to reports, the Mack truck with registration no: BNY 137 XA rammed into a commercial tricycle and three people died on the spot.

Uno Etim Uno, the state Commissioner of the Ministry of Transport and Solid Minerals, Barr. Christopher Udoh and Directors in the ministry were sighted at the scene helping resue workers in evacuating the corpse of the victims while the injured ones were rushed to the hospital where they are currently recuperating. 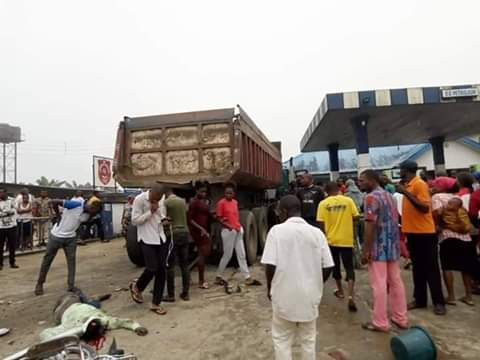