Home National News Are You The First To Get Pregnant For Davido? Internet Troll Attacks...
Facebook
Twitter
WhatsApp

The chef also revealed she couldn’t eat anything during her first and second trimester.

The post, however, seemed to have irked a web user, @ukaigwekelechi who felt the mother of one was doing too much.

This prompted the web user to remind the chef that she is not the first to get pregnant for Davido as he already has two babymamas and it’s no big deal.

Reacting to this, another web user, @pot_2plate slammed the lady for the comment and Chioma also reacted saying the lady was showing her love in her DM while trolling her in the comment section.

Read the exchange below: 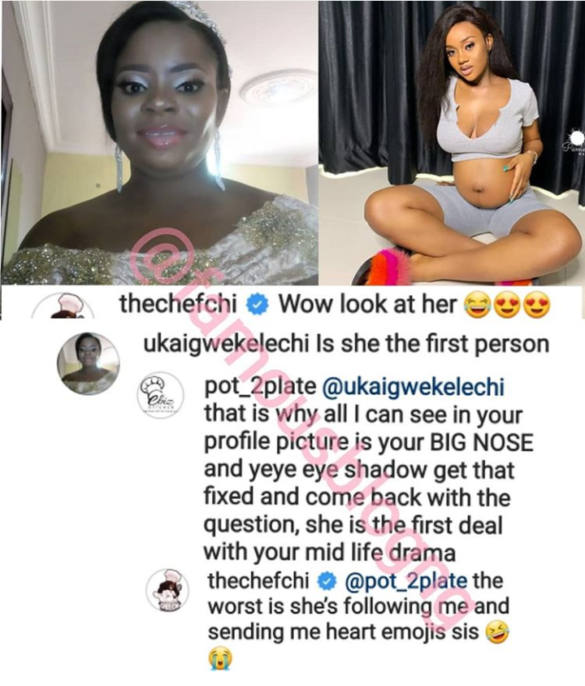