This was followed after the journalist started a thread on Twitter that bashed the undercover journalist Kiki Mordi, who carried out the ‘sex for grades’ investigation.

Bisi Alimi stated that Kemi Olunloyo was being envious and gradually becoming a danger to women.

Information Nigeria recalls that it was Kemi Olunloyo amongst many others who opposed Bisola Dakolo’s rape allegations against Pastor Biodun Fatoyinbo.

Concerning Kiki Mordi’s ‘Sex for grades’ Kemi Olunloyo had said: “She is arrogant and full of ignorance.” 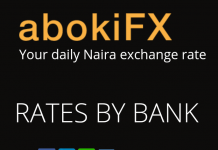