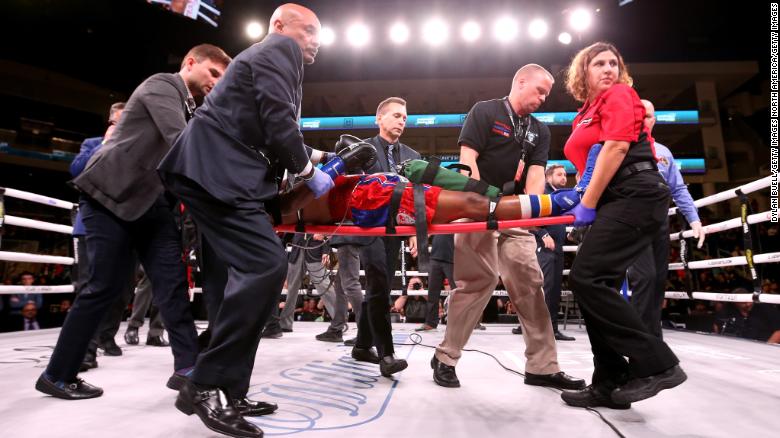 American boxer Patrick Day has died after a traumatic brain injury he sustained during his fight on Saturday, where he was knocked out by Charles Conwell in the 10th round.

The 27-year-old boxer reportedly died on Wednesday in Chicago after being in a coma for four days, despite having emergency brain surgery at Northwestern Memorial Hospital.

“Patrick Day passed away on Wednesday, succumbing to the traumatic brain injury he suffered in his fight this past Saturday, October 12, at the Wintrust Arena in Chicago, IL,” his promoter Lou DiBella said in a statement

“He was surrounded by his family, close friends and members of his boxing team, including his mentor, friend, and trainer Joe Higgins.”

“On behalf of Patrick’s family, team, and those closest to him, we are grateful for the prayers, expressions of support and outpouring of love for Pat that have been so obvious since his injury.”

Day was rushed to the hospital on a stretcher after Conwell landed a flurry of punches that left him motionless on the canvas.