Information Nigeria recalls two ladies had sparked controversy online after they falsely accused the singer of having sex with one of them at Eko Hotel and Suites during a birthday party.

Davido, who was sure of his loyalty to his wife-to-be, promised to sue the ladies for defamation and make sure they see the four walls of Kirikiri prison, but not without placing a bounty hunt of N1million to anyone who can provide any information that can lead to their arrest.

The singer also shared teasers for his new song titled ‘Risky’, following the risky joke the girls had made.

Chioma reposted one of the clip in a bid to support her husband and she captioned it: 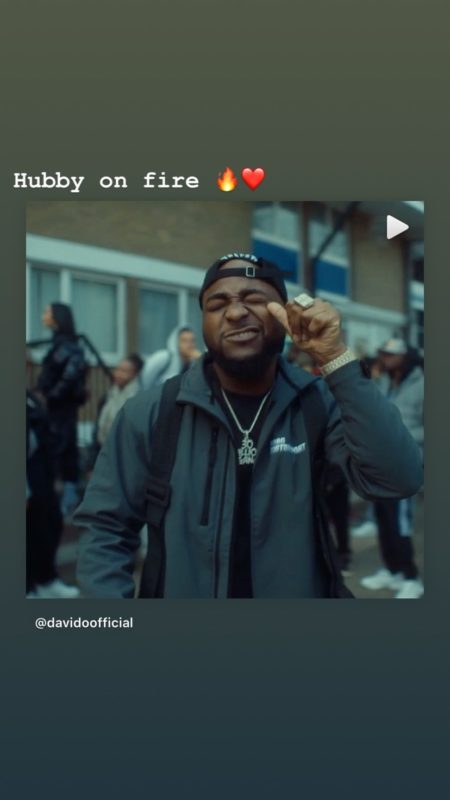