However, what caught the attention of most web users was his unusual mode of dressing.

The actor, who was dressed in a pair of jeans and jersey, had on a durag on his head, neck chains and rings on his hand which is something you find most youngsters wearing nowadays.

Kosoko’s daughter, Bidemi stormed his comment section after she caught wind of the video saying,

“Daddy wat is this

Read Also: Chioma Shares A Glimpse Of Her Son Moving His Hands (Video) 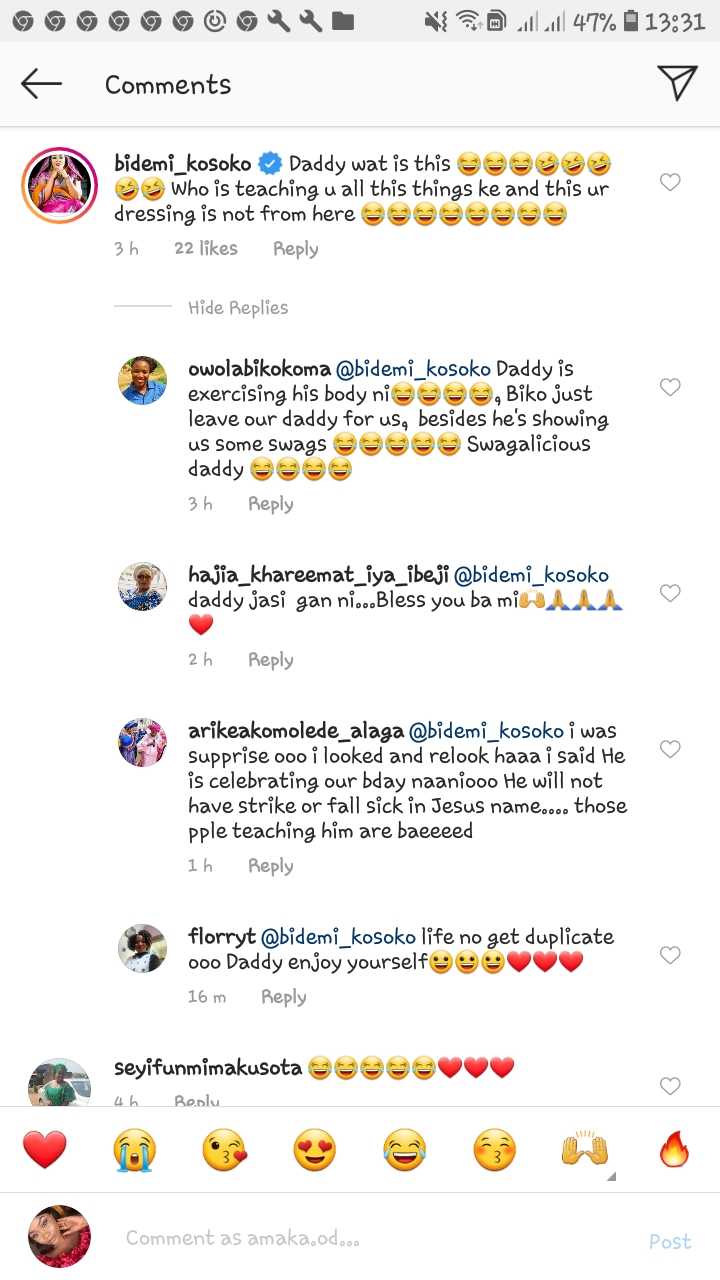