Singer, Dencia has slammed record producer, Don Jazzy for accrediting Mercy’s win at the 2019 edition of the Big Brother Naija Reality Show to her big ‘yansh’.

The Mavin boss had tweeted.

“I know that Mercy has a dope personality. But if she wins nobody should tell me that yansh does not perform wonders. #bbnaija”

The CEO of Whitenicious, who was upset about his remark, claimed he was objectifying women, while adding that women are also intellectual,

“We are objectifying women in 2019? If the guy won, will they say it’s his dick that made him win? Women are more than their body parts”

See a screenshot of the exchange below; 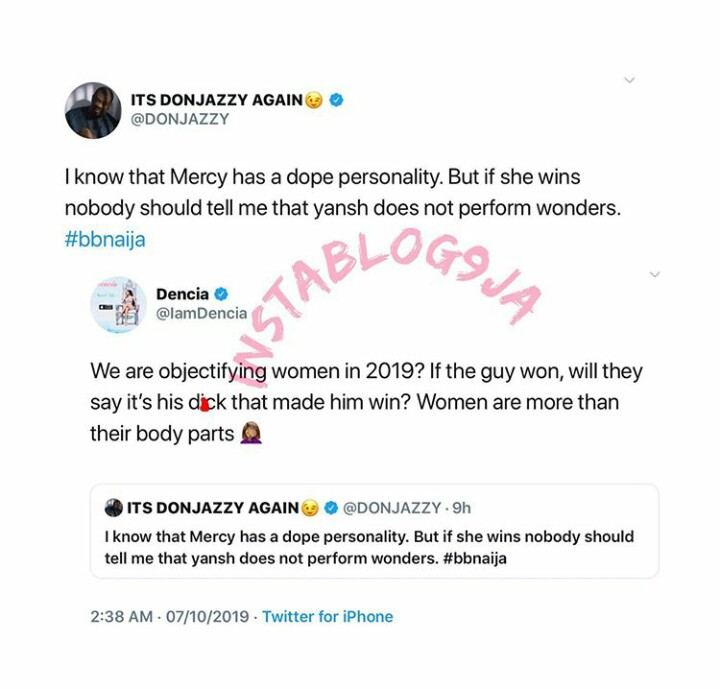