Femi Gbajabiamila, Speaker of the house of representatives, has sparked up controversies with his attire to the Independence Day parade at Aso Rock.

Gbaja who wore a white “agbada” with blue cap, was one of those who inspected the parade after Senate President Ahmad Lawan, as Nigeria’s number four citizen.

As Gbajabiamila walked on the red rug laid for distinguished personalities, it became apparent that he had an unknown object under his ‘agbada’. 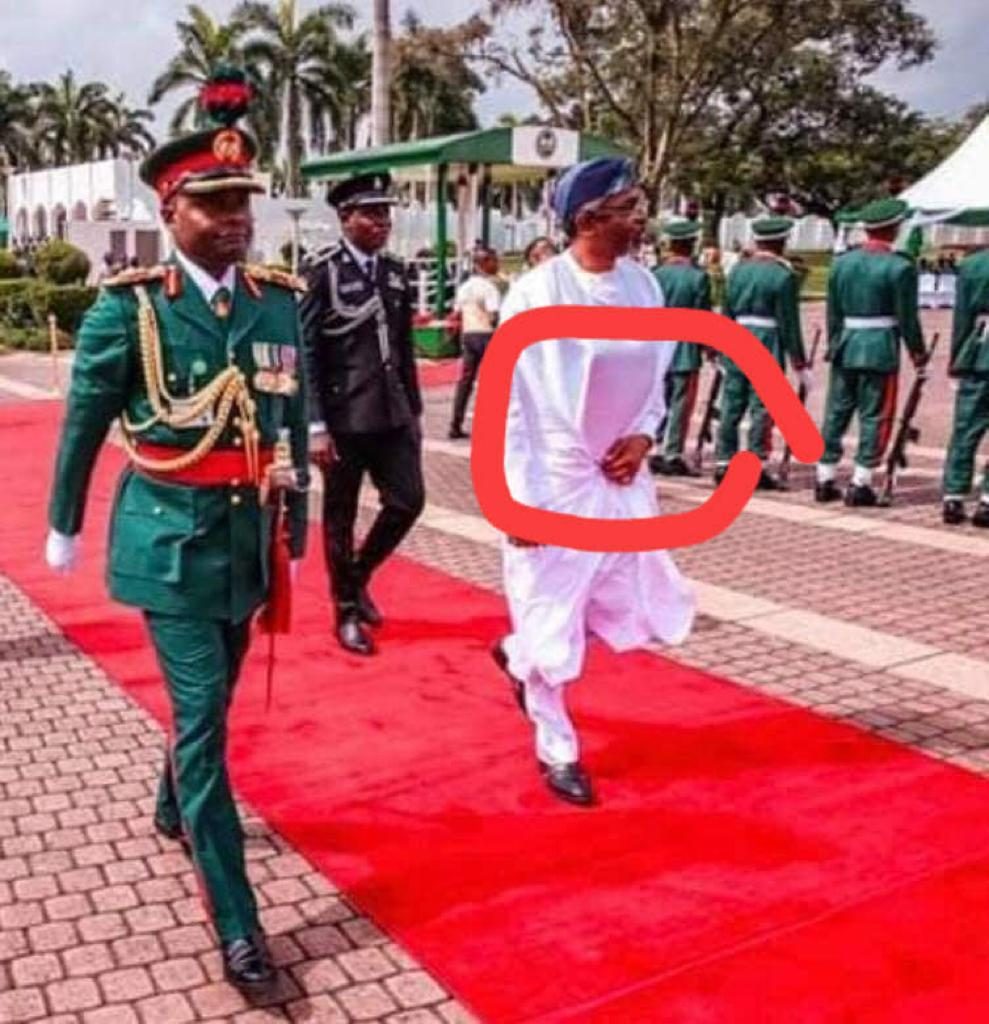 Was the speaker of the House of Reps wearing a bulletproof vest or something more serious?