Jaruma has once again taken a swipe at disqualified Big Brother Naija housemate, Tacha for being “ungrateful” after she stood by her despite the criticisms.

The businesswoman did this in reaction to the reports of popular musician, MC Galaxy unfollowing reality star for dumping him as her manager.

Information Nigeria recalls the singer was the brain behind Mercy’s campaign and he was also handling her social media accounts while she was in the house.

Jaruma, on the other hand, provided funds used to canvass for votes for Tacha and she even offered to give her 50million naira after she lost out of the show.

Now, she given more information about the reason she is upset at Tacha.

According to the new mom, she had always stood by Tacha before she joined the reality show.

The sex therapist said she was also sceptical about supporting Tacha until she went to actress, Nkechi Blessing to beg her on her behalf.

After offering her assistance, Tacha acted like she didn’t do anything for her.

Jaruma then wished Karma upon the reality star 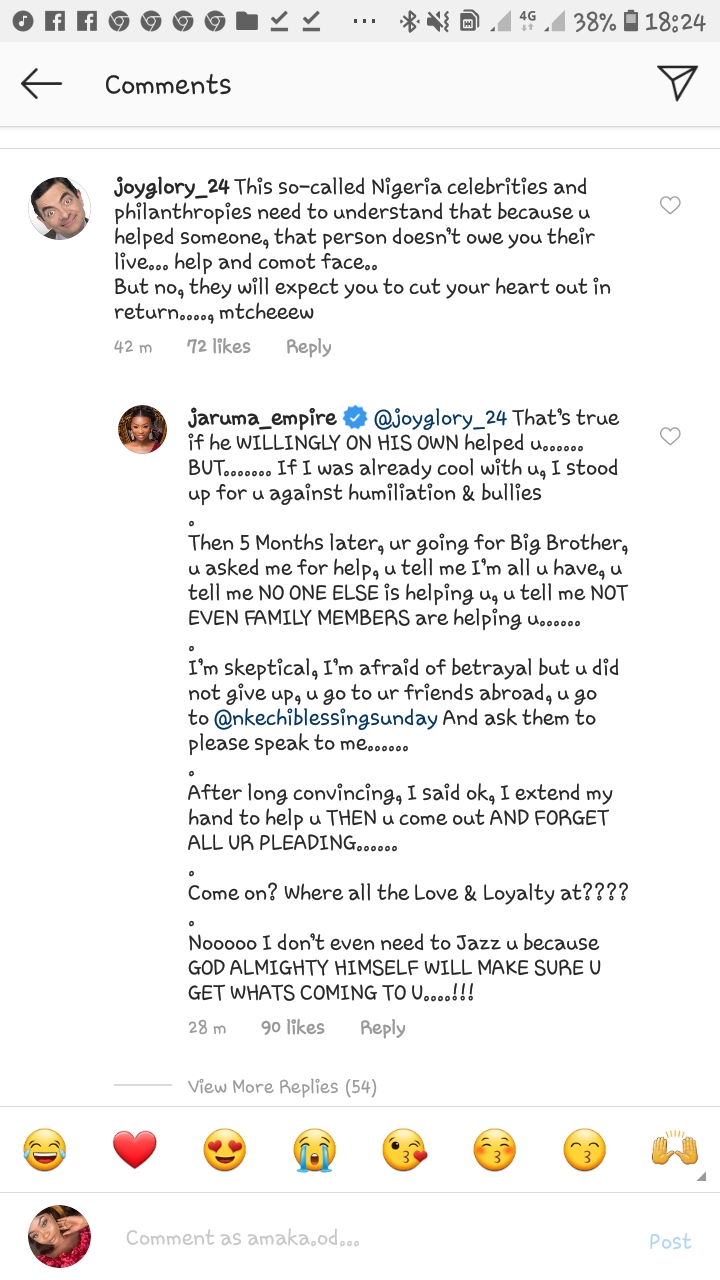