BBNaija season 4 ex-housemate, Kim Oprah has reacted to a report by Instablog9ja which claims she got engaged to fellow colleague, Jeff Nweke on Wednesday.

Jeff Bankz, as he is fondly called, had initially shared a photo of the Lipton ambassador as well as other BBNaija housemates and a fitness coach with a caption that suggested that she had said yes to his proposal.

It, however, appears the online news platform had misunderstood the post.

Reacting to this, the beauty queen stated that it is from the truth saying,

‘I am still single and probably searching, please don’t come and spoil my market for me instablog9ja what’s all these’ 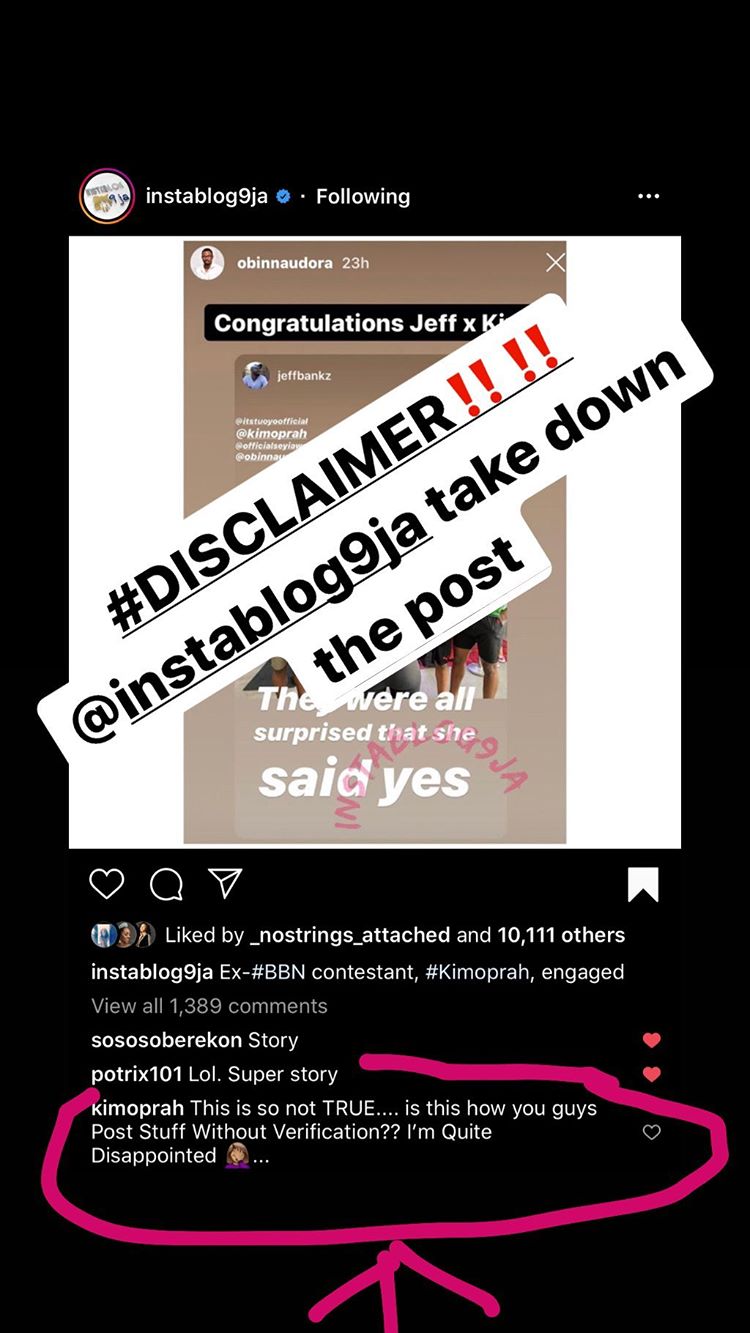