Home Metro News I Use Money Made From Kidnapping To Sponsor My Wife In School:...
Facebook
Twitter
WhatsApp 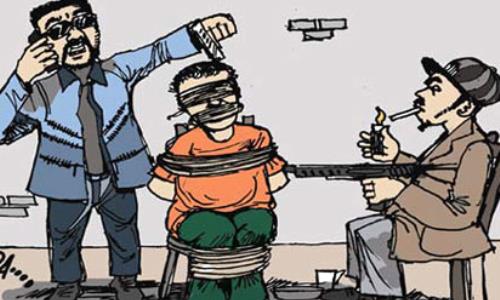 A suspected kidnapper was Tuesday arrested by Members of the Otunba Gani Adams-led Oodua People’s Congress (OPC), in Ibadan, the Oyo State capital.

Taofeek Lawal, the suspect who said he said he hailed from Osogbo, Osun State, confessed he used proceeds from the notorious business to sponsor his wife’s education in a tertiary institution in Ile-Ife, Osun State.

Lawal revealed that his targets were children between the ages of four and six years, and received said the sum of N100,000 as ransom per child.

He said he has kidnapped three children in Osogbo and three in Lagos, and had sold his own child to take care of his family.

He said, “I have built two houses, a mosque and a church. I do take care of my family from what I do and my parents know about what I do,” he said.