Nigerian singer Kizz Daniel has fired back at his former label G-Worldwide.

Recall the record label slammed the Afro-pop superstar Kizz Daniel with a lawsuit asking for N500 million in damages a claim for breach of a recording contract.

The label, via its lawyer, also issued a statement asking that all entertainment practitioners in the country steer clear of doing business with the singer.

Kizz has now responded to the suit and statement via his own lawyers.

Read his response below; 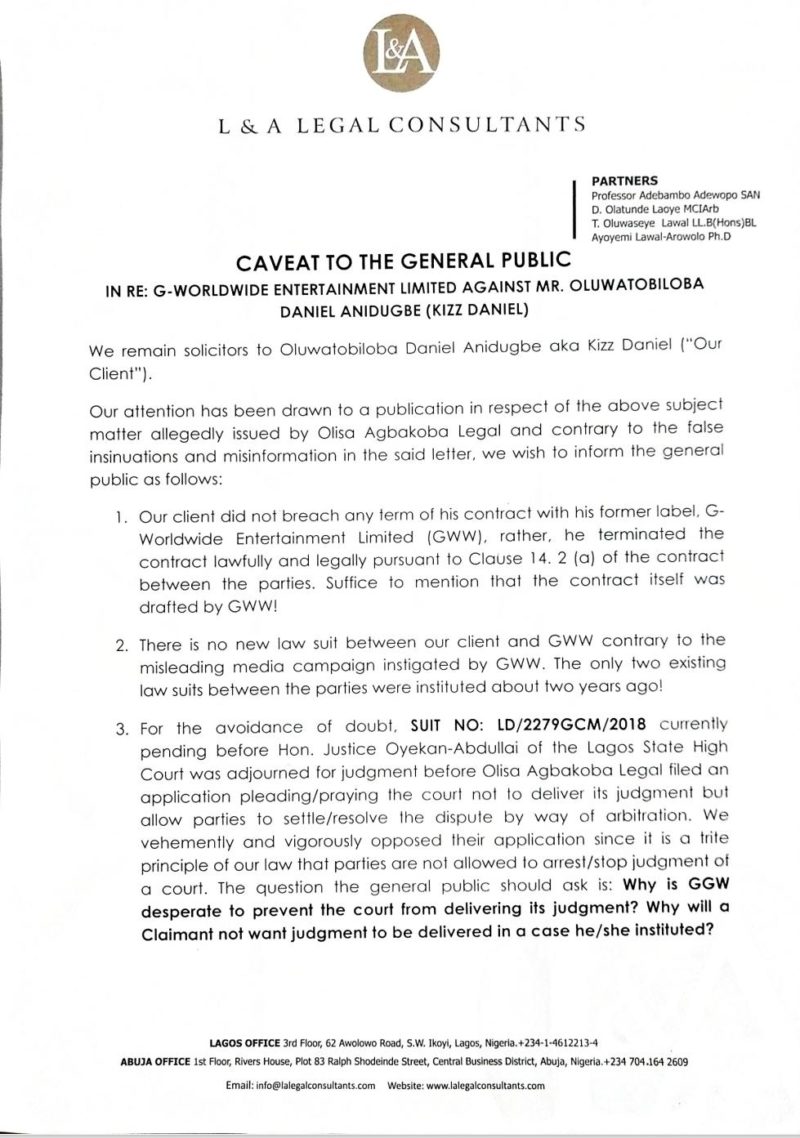 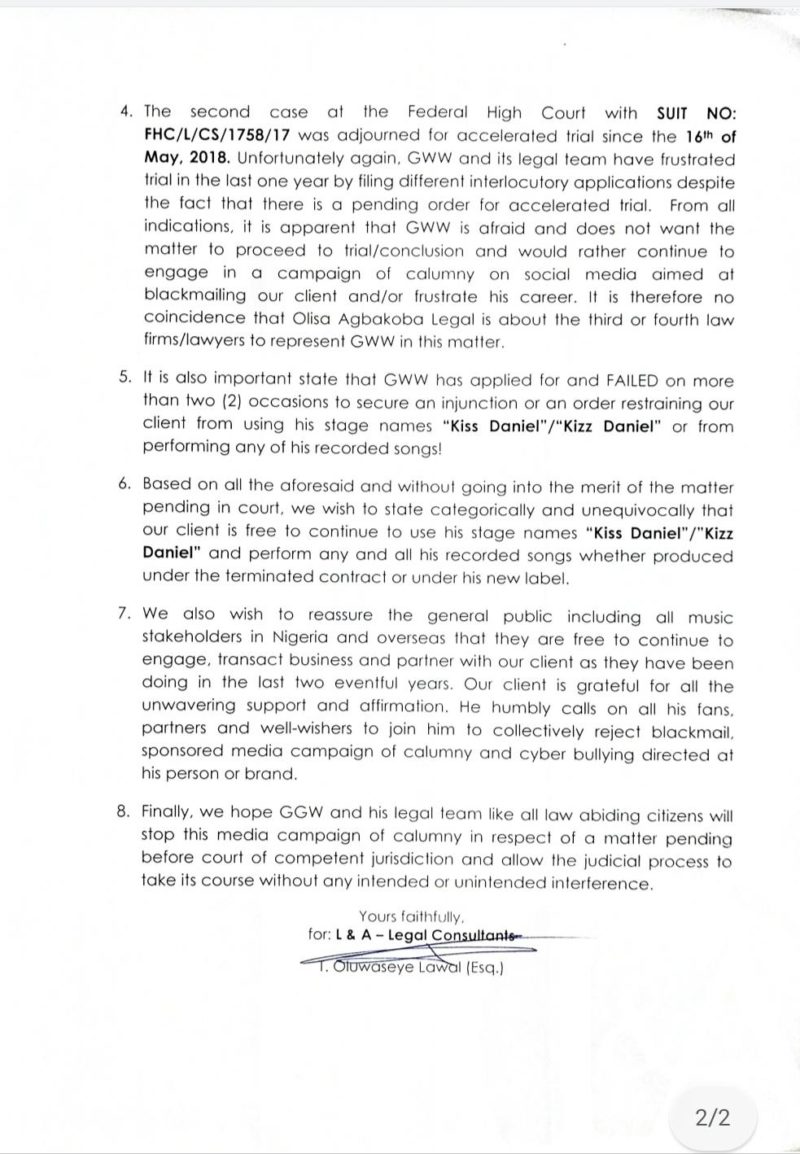