Nollywood actress, Kemi Afolabi is currently in a mess after she publicly exposed a lady, Gloria Johnson for allegedly threatening her severally.

The 41-year-old actress also said she had reported the lady to the right authority and she released the number of the caller disturbing her privacy.

It didn’t end there as one of her followers, @amarachi_igwe 1 stormed her comment section with claims that the married actress is guilty as she is romantically involved with her fellow colleague, Dauda Sulaimon alias Gida.

The web user claimed the lady had only called the actress to end her relationship with Gida but she twisted the story around. 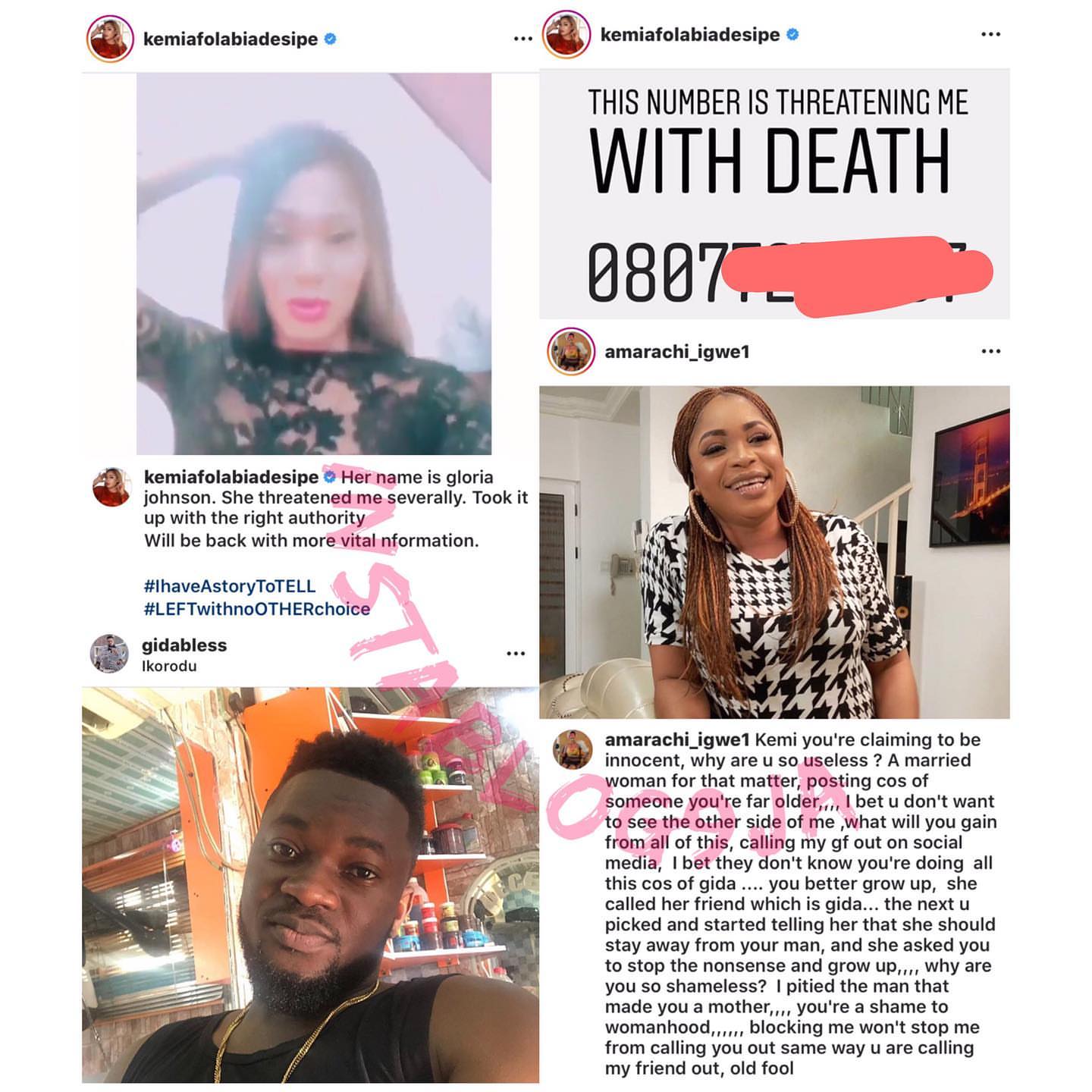