Following the terrible inferno which engulfed the popular Ochancha market in Onitsha, Anambra, a social media who earlier raised an alarm over his missing dad who also owns a shop in the popular market has broken the news of his demise.

According to reports, the inferno started after a truck laden with petroleum products fell down due to a bad portion of the road and spilled its content.

What he earlier wrote:  ‘Haven’t seen my dad since yesterday fire burnt down our shop. please help me repost.’ 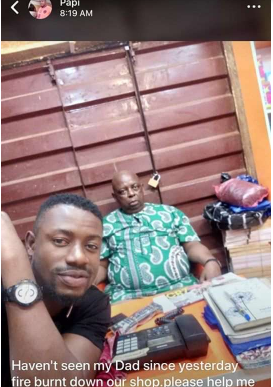 He has now announced the demise of his father: 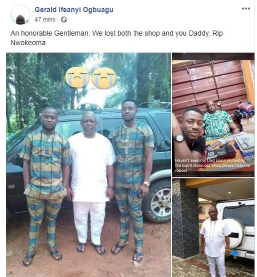