A foundation that belongs to the wife of Enugu State Governor Ifeanyi Ugwuanyi allegedly constructed the tippy taps, to aid pupils of  Amechi Primary School in the Awkunanaw community of Enugu South Local Government Area in washing their hands.

Following the commissioning of the project, many Nigerians have reacted to the project as many were seen mocking the First Lady and her foundation. 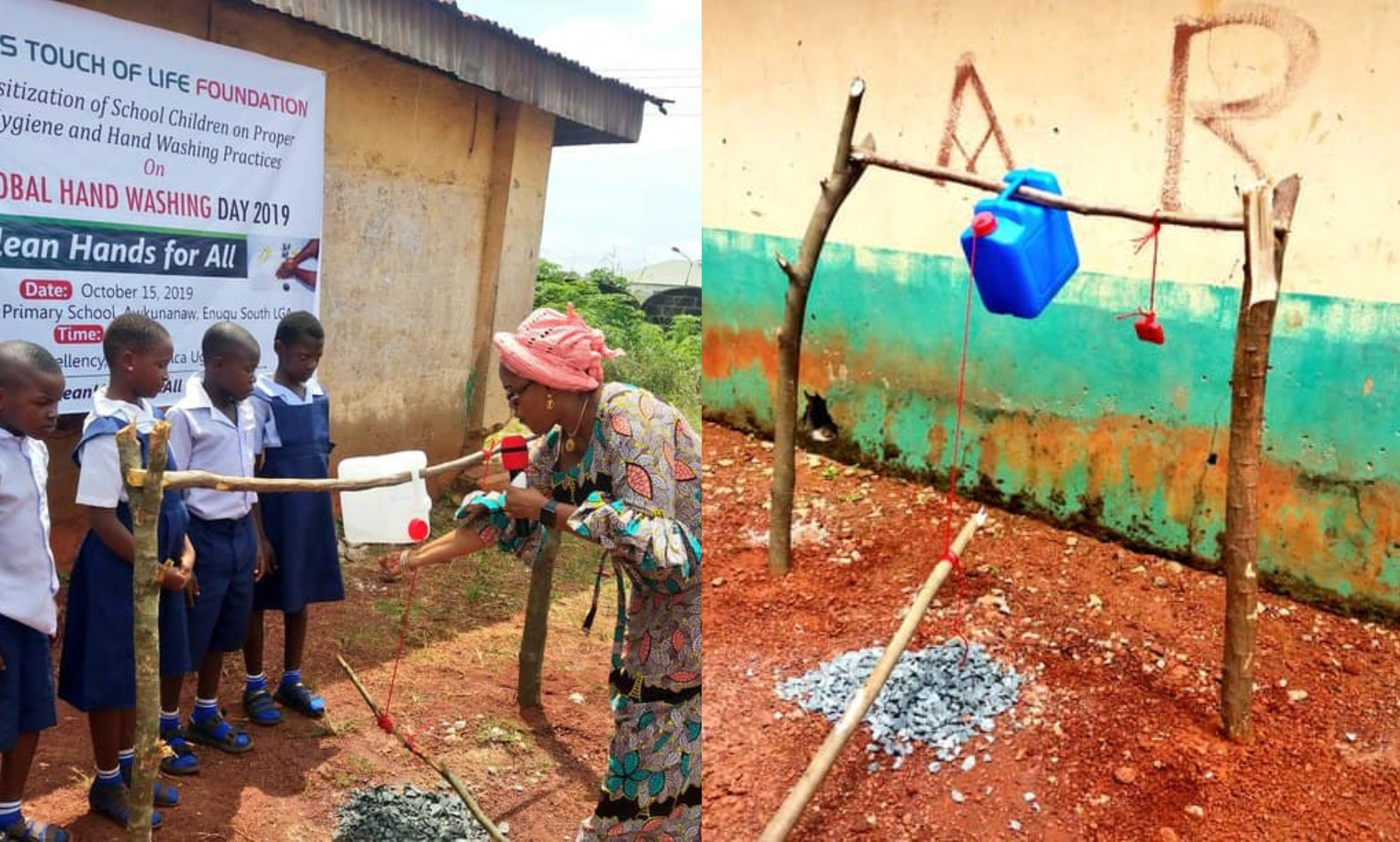 Enugu people did this happen?
I am not sure what the First Lady had in mind but these children are only seeing a Monkey post for football⚽️ pic.twitter.com/dQ2QryGxyH

1. It makes no sense turning that scene into a ceremony with camera men and all the bravado. That’s what “eye service” has brought us in the country.

Too bad that in this present time, the first lady embarked on such project when there are so many good proposals that will benefit Ndi Enugu packed in her office.
I just hope they didn't retire any expenses WRT this project.