Two women have been arrested by the Japanese police and Customs service at Fukuoka airport while trying to smuggle drugs which were carefully packaged in condoms and inserted into their private parts into the country.

Commenting on the arrest, Niyom Termsrisuk, the Narcotics Control Board’s sec-gen, warned those traveling into the country that the Japanese authorities are now hyper-vigilant about drug smuggling than before.

“For those travelling into Japan, please note that Japanese authorities are now hyper-vigilant about drug smuggling into the country.

“We’d like to warn our citizens not to fall victim or to be persuaded to be used as a tool in these dealers’ cross-country smuggling schemes. This may come in the form of inviting you to travel for free in exchange for hiding drugs in your body or they may just blatantly ask you to smuggle drugs,” Niyom said. 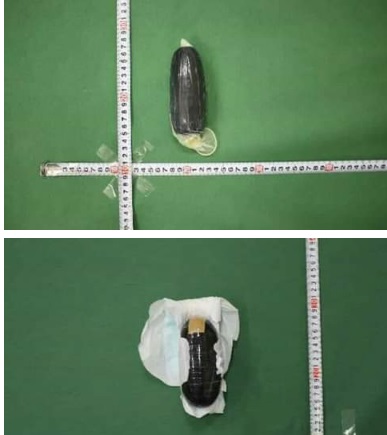