Popular Nigerian actress, Regina Daniels stunned in a black suit as she made her way to “The Enemy I Know” movie premiere.

The actress looked really smart donning a black bow tie and black shades at the event.

Information Nigeria recalls popular indigenous rapper, Naira Marley made his debut in the movie produced by Rita Daniels which was shot in Abuja.

Other top notch Nollywood stars who made appearances in the movie were Bolanle Ninalowo, Jide Kosoko, Sola Sobowale, Desmond Elliot, Wole Arole and others.

In the movie, Bolanle Ninalowo played the role of Jace, a billionaire’s son, while Sola Sobowale acted as Madam Grace.

Rita Daniels played the role of a cook named Susan. 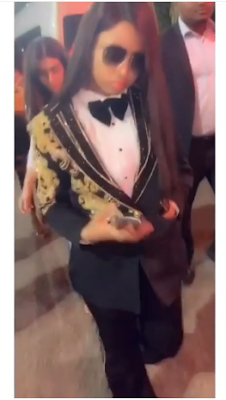 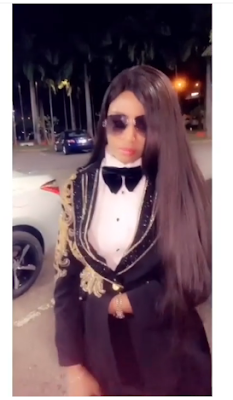