Nigerian RnB Singer Adekunle Gold has challenged the narrative building up on social media that he is Nigeria’s R. Kelly.

The singer did not appreciate being likened to American RnB singer R.Kelly and he responded when a follower told him he looks like the American singer.

The fan tweeted: “Our own R. Kelly. U Sha look like him maybe cos of Ur hairdo sha,”

The RnB singer then replied to him saying ‘God forbid’ 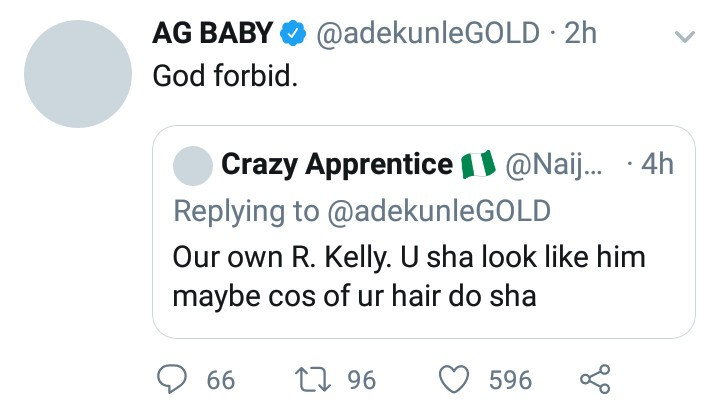