Popular singer, Timi Dakolo has taken to his Instagram page to react to the recent sex for grade saga which exposed a Nigerian lecturer. 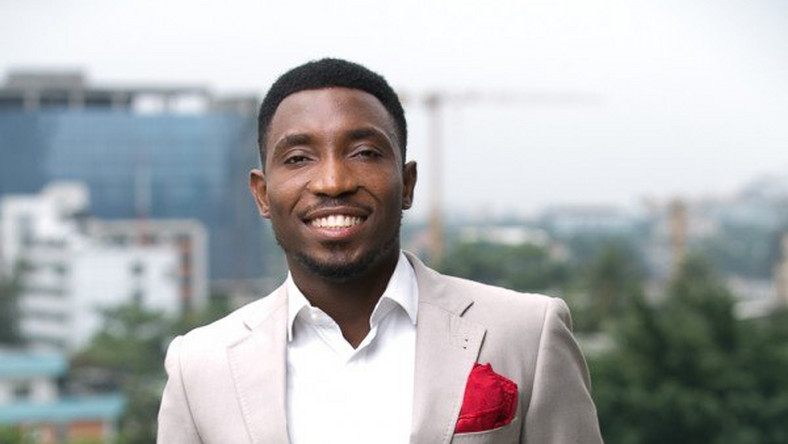 Information Nigeria recalls the singer’s wife, Busola is still trying to get justice after she was allegedly raped by COZA founder and senior pastor, Biodun Fatoyinbo, when she was a teenager.

In the documentary released by BBC Africa Eye, the Nigeria lecturer, Boniface Igbeneghu, who also happens to be a Foursquare Pastor, was filmed making sexual demands to an undercover reporter, who disguised herself as a 17-year-old admission seeker.


Taking to the photo-sharing platform, Dakolo, who is against randy pastors, shared an image which reads:

“From the BBC sex for grades documentary, oga pastor Boniface was even praying and calling Jesus. Shouting welcome to the kingdom.”

The singer also captioned the image:

“Nowadays, when someone is saying “I give God the Glory” we need to ask, which God?” 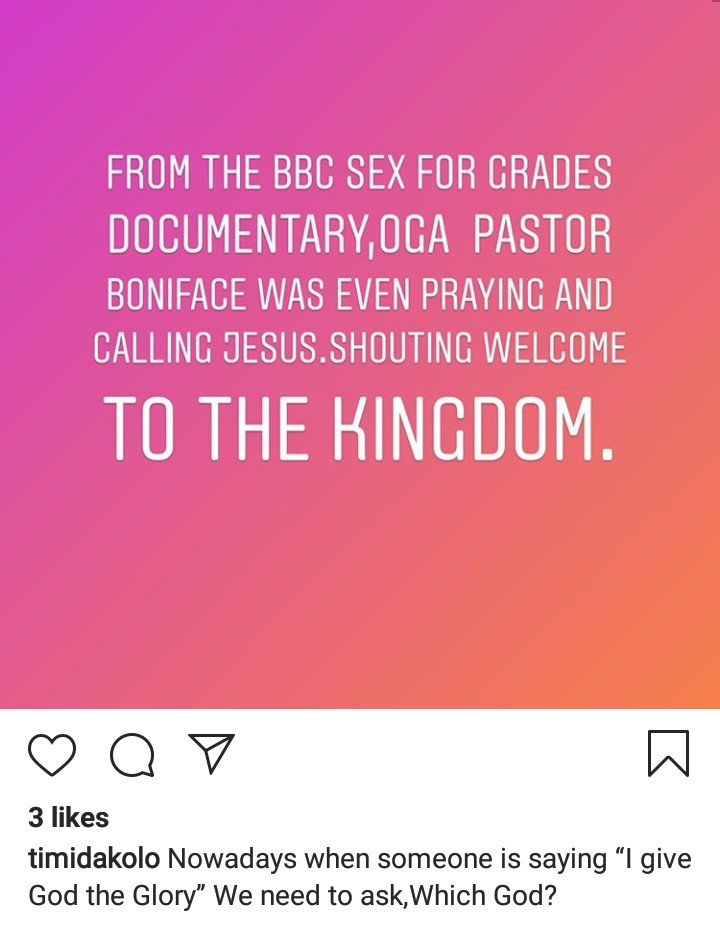