He added that the only benefit derived from the act is pleasure before going on to list several disadvantages associated with it.

He listed the disadvantages as mental disturbance, pervasion, among others. 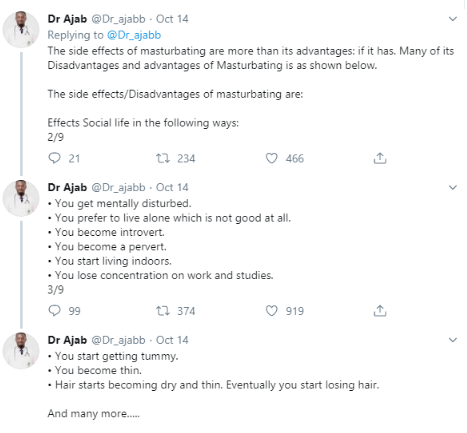 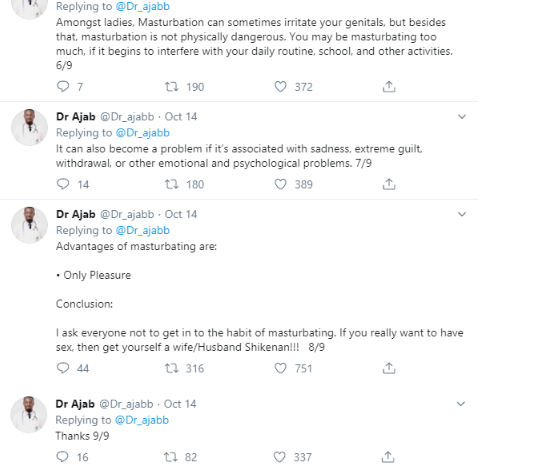