Popular political commentator, Kayode Ogundamisi, received the bashing of his life from popular singer, Davido, following his comment on the two ladies who accused the singer of impregnating one of them.

Replying to his comment, Davido launched a scathing attack at the singer, describes him as being hurt because his life savings does not equate to 30% of his own earning per show.

‘‘Imagine @iam_Davido as the first Cousin in @StateofOsun with his Uncle @IsiakaAdeleke1 as Governor. And @MBuhariis meant to be the tyrant o!.’

‘It pains you that someone half ur age that you can give birth too is Greater than you will ever be … U are a loser , a disappointment…… ur are useless ! Now keep my family name out ur mouth ! Ur whole life earnings no reach 30 percent of my show money and it hurts I know.’

See screenshot of their tweets below: 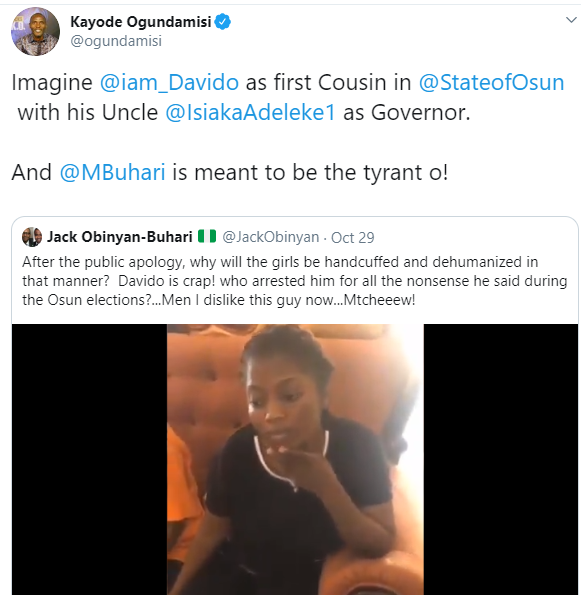 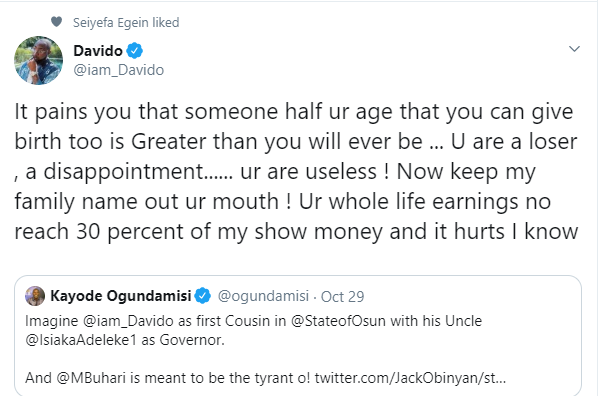