Human rights activist, Deji Adeyanju has reacted to a viral video of Opotoyi music crooner, Naira Marley having fun at a strip club after his court ruling.

The Nigerian rapper, who recently stated that he is Nigeria’s problem, had shared the video via Twitter on Wednesday.

The video initially shows a man smacking a lady’s bum but the rapper and his friends are later spotted in the background.

Reacting to the video, the activist, who was clearly displeased blasted the singer with the words,

“You are a nuisance to yourself and the society at large,” 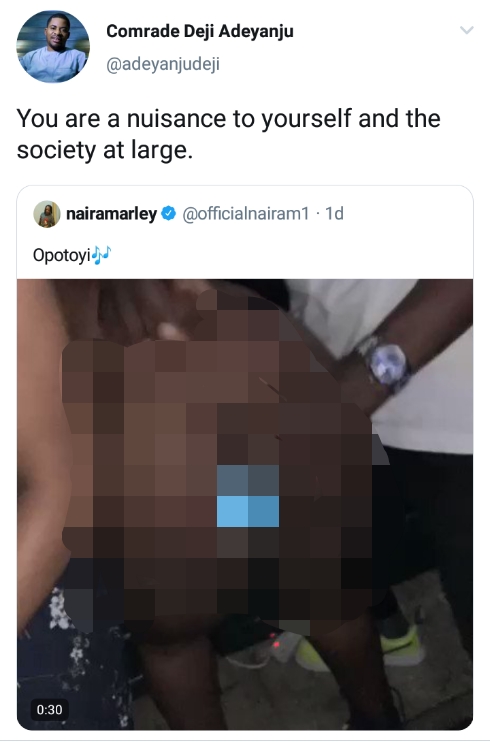